Home Culture Check Out This IRS Training Scenario That Shows Who Biden Is Really... 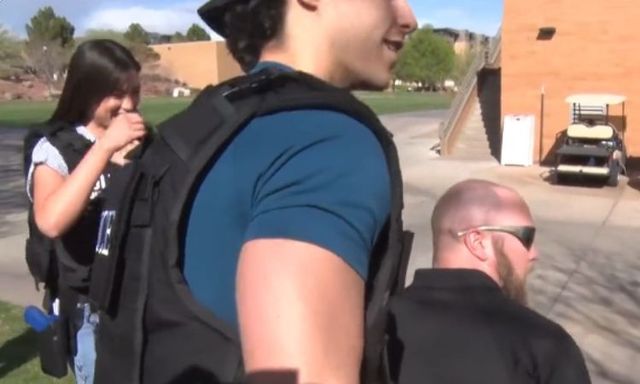 We’ve already warned that the government is coming for the “little guy” after President Biden provided about $80 billion in funding for the IRS.

An audit notice from the IRS is scary. Up to 87,000 more IRS agents in the “Inflation Reduction Act” President Joe Biden signed Tuesday is troubling. And the IRS stockpile of 4,600 guns and 5 million rounds of ammunition is downright unnerving.

How many of the new agents will be packing heat? Democrats won’t say.

Democrats voted in lockstep to take $80 billion from taxpayers to supersize the IRS. A possible 87,000 new agents are a force larger than the combined personnel on all 11 US aircraft carriers. Four times the number of Border Patrol agents.

If we needed proof of why are these units created, all we have to do is watch this IRS training scenario posted by Thomas Massie(now deleted video).

Notice who they’re going after … it’s not some evil billionaire.
In the now-deleted tweet he wrote:

Notice the scenario in this IRS recruiting program is “taking down a landscape business owner who failed to properly report how he paid for his vehicles,” not “taking down a billionaire who uses the corporate jet for private trips.”

Otherwise, why use a landscaper as a test scenario?

Biden repeated the popular lie that former President Donald Trump’s tax cuts helped only the rich even though they actually increased worker earnings and opened up job opportunities across the board.

Biden lies about the Trump tax cuts, saying they only benefited the rich.

“My plan to fight inflation will lower your costs and lower the deficit,” Biden claimed. The truth is, however, that Biden’s tax plan would “result in a net increase in the deficit totaling $367 billion over the 2022-2031 period, not counting any additional revenue that may be generated by additional funding for tax enforcement,” according to the Congressional Budget Office.

Why does the IRS have guns and play police officer? The agency got into the policing business in 1919 and over time became abusive, conducting armed raids on innocent small businesses exposed in 1997 and 1998 congressional hearings.

Democrats won’t tell you there are significant criminal-justice ramifications to giving the IRS this much money and power.

As the inspector general reports in detail, the IRS doesn’t respect your privacy or the concept of due process. Evidence-handling practices are abysmal. Handing the IRS a huge pile of cash won’t change the agency’s culture.