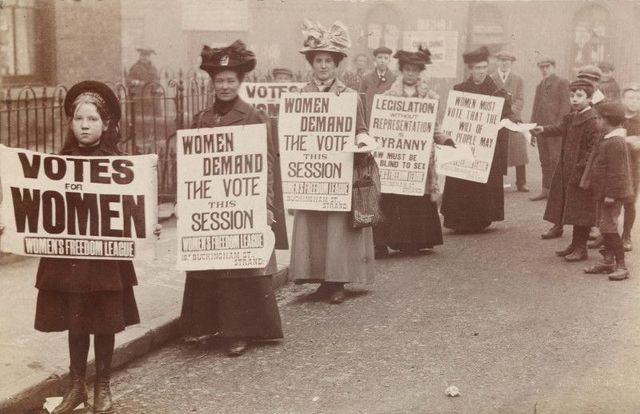 We hear it time and time again, most boisterously during a sex scandal (granted there isn’t a race riot or a pride parade going on), “Democrats are the party of women.” An odd claim just on its face; you might think if that were the case, you’d see fewer women aligning with conservative, independent, and libertarian causes. How could women stand against the party of women? Are they sex-traitors? Are they self-loathing handmaids that desire subjugation under the rippling arms of the patriarchy? Maybe some of them. Or maybe they just don’t fall into the trap of drawing battle lines between the two sexes like someone trying to destroy humanity might.

Whatever their reasons for opposing their tie-dyed hair “liberators”, there is one very interesting and historical vote in the congress that most women – or men, for that matter – probably didn’t know about. A vote that, if more people knew about, the mantle of “The Party of Women” would seem all the more absurd and laughable. The passing of the 19th Amendment, the amendment which guarantees a woman right to vote.

19A was held up and shot down by a democrat-held congress for years. It wasn’t until 1917, when President Woodrow Wilson (D) broke his vow to keep the United States out of the conflict in Europe (which would later come to be known as World War I) that the Republicans were able to make massive gains in the 1918 midterms. These seats granted by a scorned America gave Republicans all the leverage they needed to finally make the final push to pass the 19th Amendment into law.

441 days later, after being ratified by 35 states (26 Republican states, 9 Democrat), Tennessee Rep. Harry Burn (R) broke a 48-48 deadlock in favor of women’s suffrage and made Tennessee the final required state to solidify the law into the constitution as the 19th amendment of the United States.

So the next time someone tells you that conservatives have never done anything to advance women’s rights and would prefer them to remain hidden in the kitchen, feel free to laugh. The party that likes to flaunt their approval rating among female voters likely lends that achievement to shotty history classes and not requiring civics education in their school districts. The more you know, the less they’ll be willing to show.