He was discovered at 07:30 local time (11:30 GMT) on Saturday at the New York jail and was reportedly seen being taken in an ambulance to New York Downtown Hospital shortly after.

His death comes just day after Epstein files exposed many political figures in our country.

Friday’s revelations came from more than 2,000 documents that were unsealed by the U.S. Attorney’s Office for the Southern District of New York.

The papers included affidavits and depositions of key witnesses in a lawsuit the now-33-year-old woman, Virginia Roberts Giuffre, filed against Epstein and his associate, Ghislane Maxwell in 2015. Giuffre accused the duo of keeping her as a “sex slave” in the early 2000s when she was underage.

In ordering the documents released, the U.S. Court of Appeals for the Second Circuit also warned that the allegations contained within them are not necessarily proven.

In another deposition, Giuffre also reveals that she was “trafficked” to Mitchell, a former Senate Majority leader who represented Maine from 1980-95 and was later named a special envoy to the Middle East by President Obama. A sworn affidavit by a former Epstein employee, Juan Alessi, also alleges Mitchell, 85, of having associated with Epstein 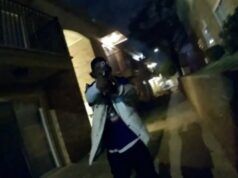 Pelosi Almost Falls Off The Stage At Harry Reid’s Memorial Seconds After She Mentioned...

Seattle Police With Guns Drawn Let A Stolen Car Drive Away Because Of City’s...

Concrete Barriers Are Going Up Around The White House And Here’s...

Badge Cam Catches “Woke” Cop Begging Not To Be Shot –...