When fall comes around, everyone starts thinking about Christmas. People are getting their shopping lists ready and picking up items for their parties. For kids, this is the perfect opportunity to show off how good they’ve been during the year.

Unfortunately, Christmas can also bring some very sad and tragic episodes. We’re not talking about getting the wrong size of clothes or the wrong video game system, either. Many times, people encounter terrible family situations, illness, or death. Anyone who watches the news will hear about something horrific happening during the holiday. Having to deal with a terrible scenario is something no one expects during such a joyous season. Unfortunately, the hardships of life can’t simply take a holiday break.

But the situation from the heartbreaking video that we received this morning is something that can be stopped or changed!

As TB Daily News reported a little girl from Lisbon, NH in a wheelchair was intentionally excluded from participating in singing with other children at the school Christmas concert. 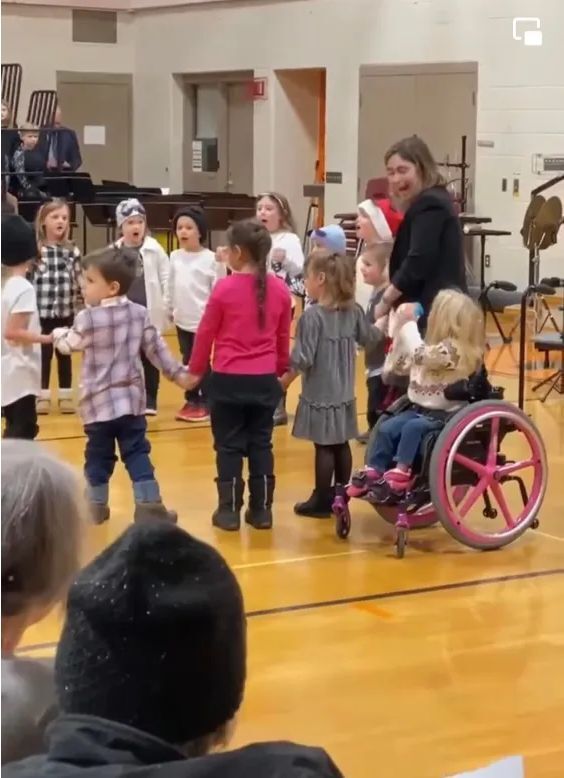 As Aidan Kearney, from TB Daily News confirmed the girl is holding a bluebird while they sing a song about a bluebird, so perhaps this was the teacher’s way of attempting to include her, but it failed miserably and she should’ve known it would. What is wrong with a person’s brain who thinks this was OK? There were a million different ways to include her in that circle. Her arms work, so she could’ve held hands, and not all of the kids moved around during the song. She could’ve sat in that circle, held hands, sang along, and had the time of her life. But instead, they left her on the outside, awkwardly staring out at the audience because she was the only one who couldn’t participate. 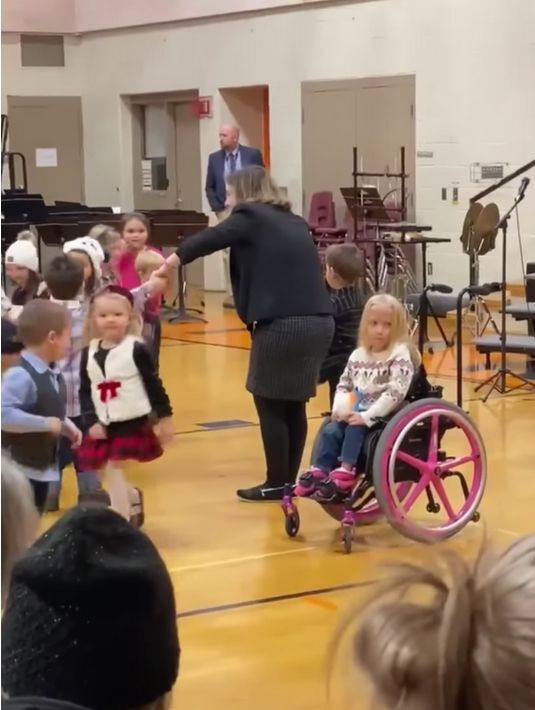 The Principal’s reaction is worst that the teacher’s reaction because he didn’t even care about it and watched on his phone!

Here’s the Principal in the background on his phone.