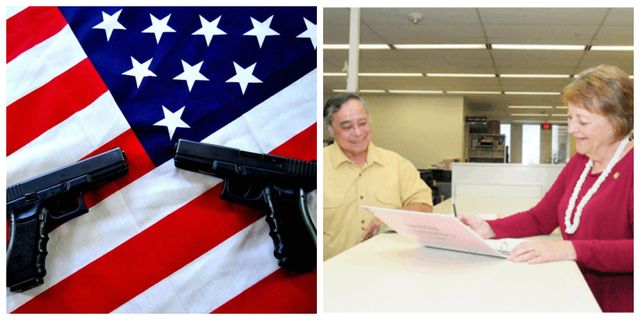 Nevertheless, the Dems will not stop their primary target is to disarm us and they are using every possible way to do it!

Democrat lawmakers in Hawaii have proposed repealing the Second Amendment nationwide in an effort to prevent future mass shootings.

In Senate Concurrent Resolution (SCR) No. 42, introduced back in March Democratic lawmakers assert that:

“in light of the numerous tragic mass shootings at schools, work places, and public events, this body believes that it is necessary to repeal or amend the Second Amendment of the United States Constitution.”

In the resolution, Democrats are urging Congress to:

Gun rights are one of the most hotly debated issues in U.S. political and legal circles with any loosening or restriction of access to guns often leading to a court battle.

The resolution is introduced and now awaits a vote in the state’s legislature.

Resolution co-sponsor Stanley Chang has a similar history of advocating gun control measures, while other legislators who introduced SCR No.42, like Sen. Laura Thielsen and Sen. Karl Rhoads, have likewise supported other anti-Second Amendment policies.

Will this time be the same we gonna have to wait and see!

Luckily we have the Supreme court on our side!