We need to sue every single person the house and senate that refuse to do their job and protect the United States.

Witch hunts are not what we elected them to do. This partisan pissing match needs to end because every day we lose more innocent Americans lives at the hands of illegal aliens!

The last case we have confirmed that four Americans died because illegal immigrant needed money for meth.

The Daily Caller reported:
Wilbur Ernesto Martinez-Guzman, a 20-year-old from El Salvador living in the U.S. illegally, broke down into tears as he confessed to being behind four gruesome murders in Nevada, a detective told a grand jury on Thursday. Martinez-Guzman, who initially giggled as he denied any involvement in the murders, eventually confessed to doing something “unforgivable” when presented with numerous contradictions in his story.

The young Central American was arrested on Jan. 19 and indicted earlier in March for the murders of four individuals. During a rampage that spanned several days in January, Martinez-Guzman allegedly killed Connie Koontz, who was believed to be murdered on Jan 9 or 10, Sophia Renken, who was killed on Jan. 13, and Gerald and Sharon David, whose bodies were found on Jan. 16.

It appears Martinez-Guzman, using a stolen .22 caliber handgun, specifically targeted vulnerable victims. Married couple Gerald and Sharon David were 81 and 80 years old, respectively. Renken was a 74 year-old woman, and Koontz was a 56 year-old woman living with her disabled mother.

The Salvadorian immigrant said he committed the murders to get cash for his drug addiction.

“He said he needed the money for the meth and it was the meth,” Washoe County Sheriff’s Detective Stefanie Brady testified to a grand jury, according to a transcript that was filed on Tuesday in Washoe District Court.

How’s madam Pelosi explain that? Is this one of her voters?

Democrat politicians will use this to try and get more gun control laws. They don’t care about protecting people. They only care about protecting their own elite positions and are afraid of what we the people might do, gathering them up with armed citizens and marching them toward the public gallows!

This guy can’t legally own a firearm and yet he killed 4 people with a firearm! Why don’t you stupid politicians figure out how to stop that kind of stuff instead of criminalizing law-abiding citizens!? 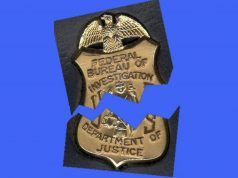 The Trumps Arrive At The RNC Donors Gathering Held At Mar-a-Lago Club – The...

The Prosecution Did Not Even Address The Video Clip From Chauvins’s Lawyer Where Floyd...

Updated: Large Truck Runs Over An Animal Rights Demonstrator – The...

The Trumps Arrive At The RNC Donors Gathering Held At Mar-a-Lago...