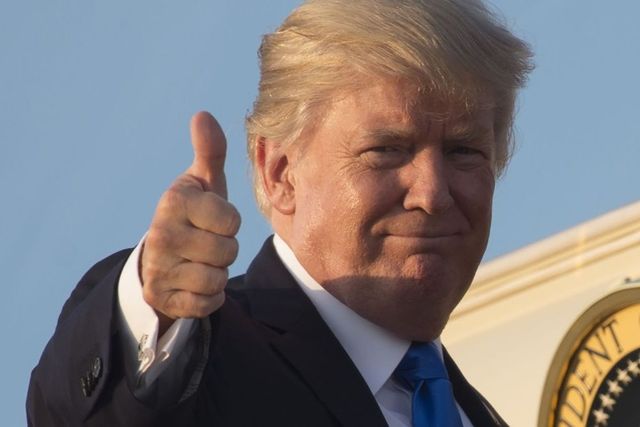 A day after Rudy Giuliani called for “a large-scale joint investigation” between Ukraine and the United States, President Donald Trump says Giuliani has “found plenty” and “wants to go before Congress” with a report.

Acknowledging that Giuliani had returned from Europe, President Trump did not mention Ukraine specifically. However, Ukraine has been the centerpiece of the House Democrats’ impeachment attempt so one would be led to believe Giuliani had just returned from the source of the latest hoax by the Democrats.

It’s reported that Giuliani would like to go before Congress to share the findings of his investigations, Trump added while speaking with the press. “But I think he wants to go before Congress and say – and also the attorney general and the Department of Justice,” Trump went on to say. “I hear he’s found plenty​.”