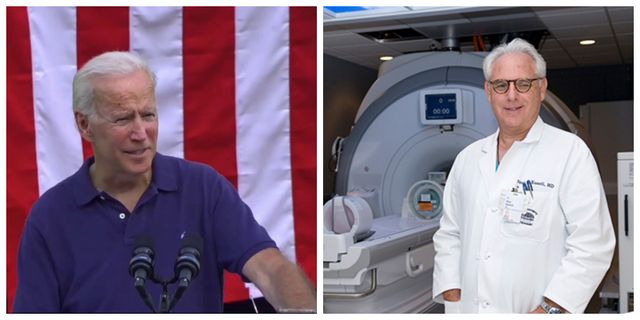 “Just like in my generation, when I got out of when Bobby Kennedy and Dr. King had been assassinated in the ’70s, the late ’70s when I got engaged,” Biden said at an event on Tuesday.

Biden later appeared to correct himself in his speech, referring to the decade in which he got involved in politics as the 1960s.

Biden’s neurosurgeon, Dr. Neal Kassell, is talking and said he has seen no signs of brain damage in the 76-year-old.

“He is every bit as sharp as he was 31 years ago. I haven’t seen any change,” he said in an interview with Politico.

“I can tell you with absolute certainty that he had no brain damage, either from the hemorrhage or from the operations that he had. There was no damage whatsoever,” he said.

Maybe the American people would like to hear a second opinion from someone that is not a close friend to Joe?

Biden, the 76-year-old former vice-president and senator from Delaware enter a crowded field of competitors, but polls in recent weeks have consistently shown him leading the pack, perhaps because of his experience and lengthy record in office.