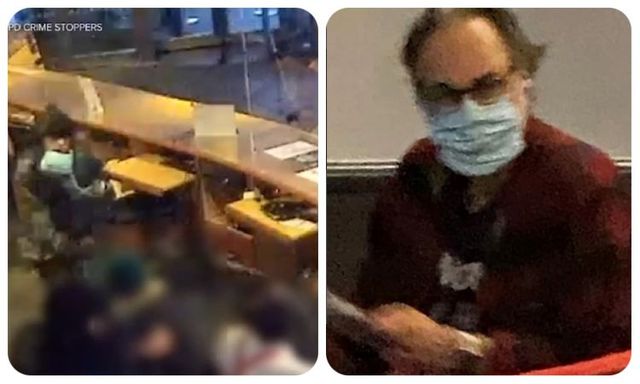 Video from the Museum of Modern Art shows the moment a man leaped over a reception desk and stabbed two employees as they tried to flee Saturday.

The video released by New York City police shows man police identified as 60-year-old Gary Cabana entering the museum lobby through a revolving door then climbing onto the desk and jumping over it as a man carrying what appears to be a walkie-talkie looks too scared to stop him.

The two victims, both women, were rushed to a local hospital for treatment of multiple stab wounds to their upper bodies, but “we’re told they’re going to be OK,” John Miller, deputy New York City police commissioner, told a news briefing afterward.

The suspect was identified as Gary Cabana, 60.

Cabana’s last-known address was a supportive housing residence in midtown operated by a nonprofit, Breaking Ground, offering shelter for the homeless, the mentally ill, and those diagnosed with HIV/AIDS, police said, and he had no prior arrests.

During a news conference after the incident, police officials said the letter revoking the suspect’s membership had gone out Friday, but he appeared at the museum Saturday, seeking to watch a film.

At a news conference outside the museum, John Miller, deputy commissioner for the Police Department’s Intelligence and Counterterrorism bureaus, said the membership had “expired as a result of two incidents involving disorderly conduct here at the museum on two separate dates in recent days.”

When the attacker was denied entry, he became “upset” and “proceeded to attack and stab two employees of the museum multiple times,” Miller said.

However, the mainstream media decided not to report that Cabana was a pro-Biden Democrat who regularly posted anti-Trump retorts that are dangerous but he wasn’t removed from social media, and his accounts were still active at the time of writing! 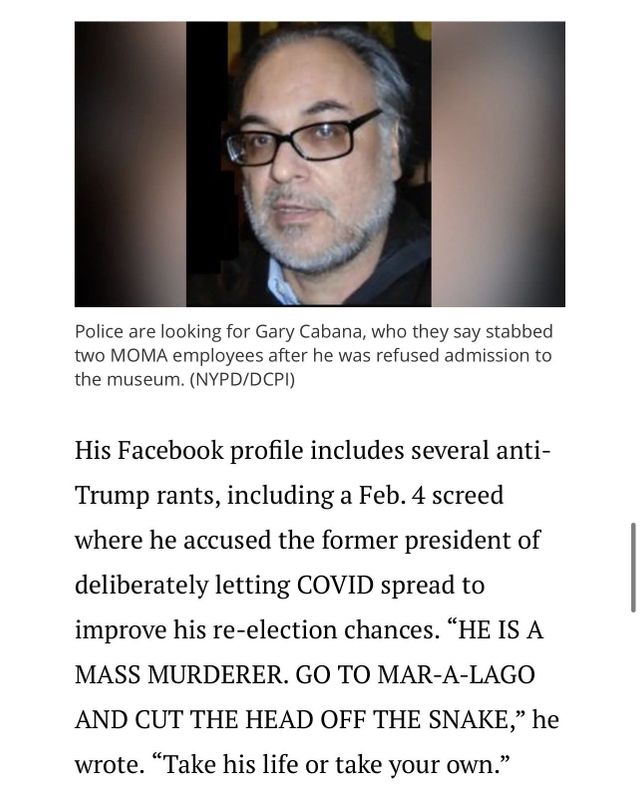 The assailant has been identified as a Democrat and anti-Trump lunatic. pic.twitter.com/loshlvjBWI

No wonder we’re not seeing more about the crazy person who stabbed two employees at the Museum of Modern Art.

He’s not the right political persuasion.

Sort of like that Christmas Parade ‘crash,’ right media?

The man who allegedly stabbed two employees at the Museum of Modern Art on Saturday was a Broadway usher and passionate critic of former President Donald Trump whose recent social media tirades had worried some of his friends, several people who spoke to Gothamist on Sunday said.

Security footage released Sunday showed the enraged suspect, who police identified as 60-year-old Gary Cabana, leaping over the museum counter, cornering two employees and plunging a knife into them as they tried to escape. He fled the building and remained at large Sunday, the NYPD said. 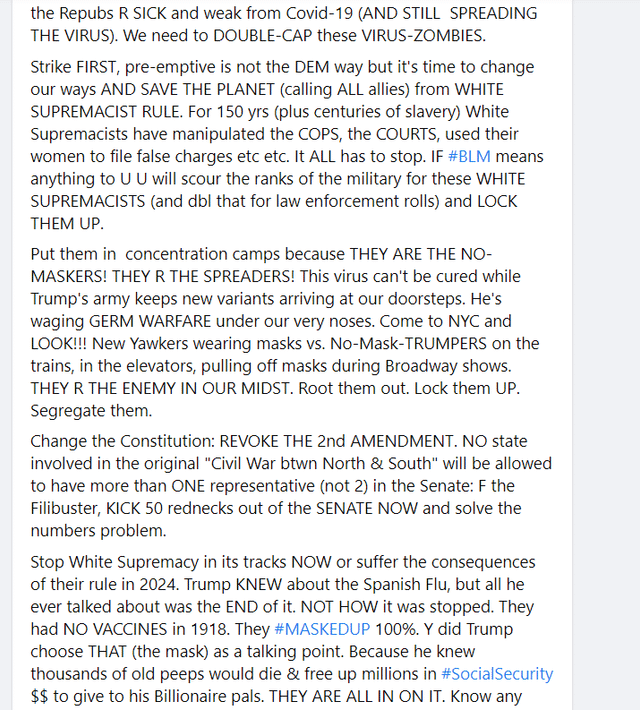 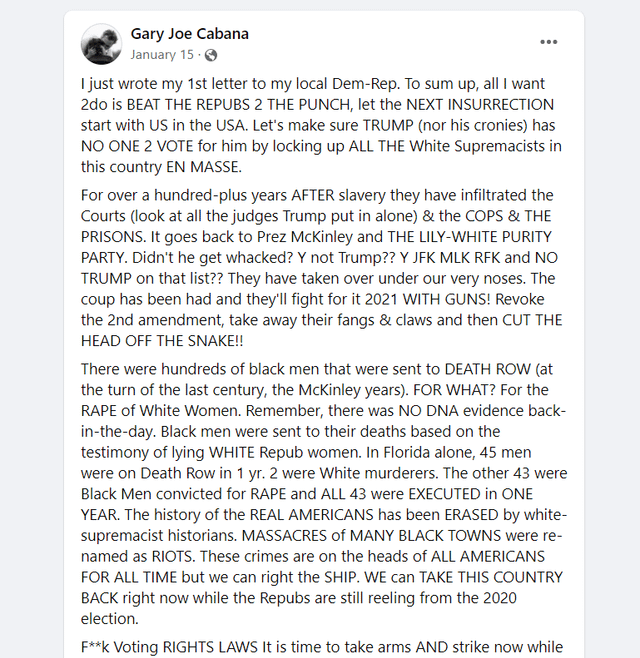 The MoMA stabber is trying to make it to Mar-a-Lago to “cut the head off a fat white snake” which I assume is a reference to President Trump. 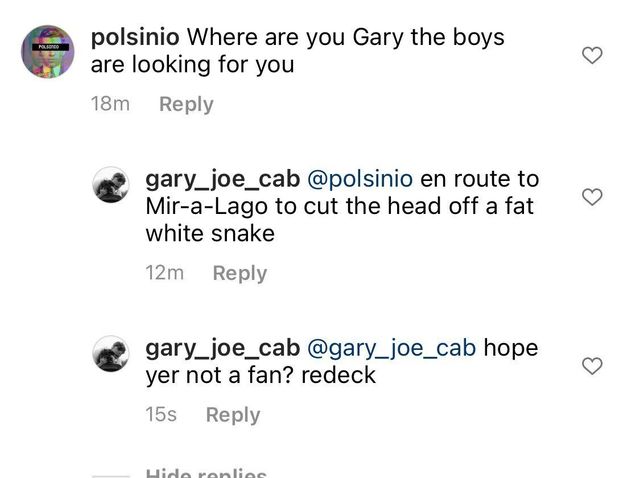 Probably should have sent up some red flags, just sayin’.

Oh, and his response the day AFTER it happened?

New York City police are searching for Cabana at the time of writing!