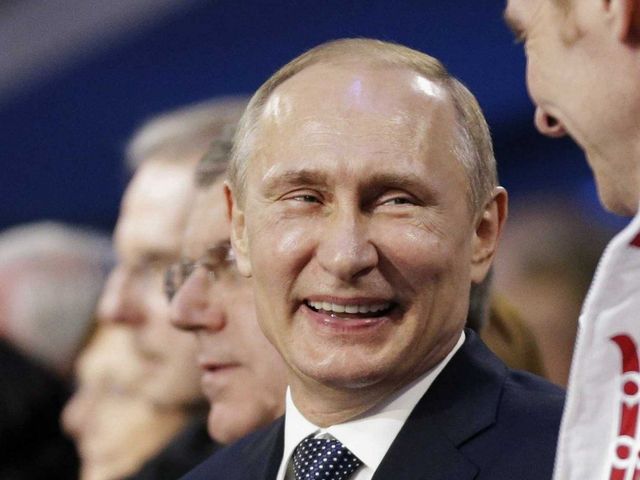 In the age of Donald Trump, the Left embraced ethnocentrism and xenophobia like never before. Their latest McCarthyist bugaboo is a popular Russian-based cartoon show that deranged globalist “experts” are calling a possible propaganda scheme hatched by Putin.

The Daily Mail reports on this idiocy that is occurring across the pond:

“The show, [Masha and the Bear] which has more than 4.18 million subscribers on YouTube and an accumulative 40 billion views, is produced in English in Moscow but has still drawn the ire of intellectuals in Russia’s neighbouring states.

The show has also recently ramped up its retail efforts, been added to Netflix and expanded to Spanish.

Last year, Finland’s top newspaper – Helsingin Sanomat – quoted a lecturer at Tallinn University’s Communication School as claiming that the bear symbolised Russia and was designed to place a positive image of the country in children’s minds.”

Isn’t promoting dialogue and goodwill between nations supposed to be a good thing? Isn’t that was the Left has supposedly wanted for many decades? Guess that must have went out the door when they sold their souls to support Barack Hussein Obama’s reign of terror!

“The lecturer, Priit Hobemagi, said that the series was a ‘beautifully presented’ part of a campaign that is dangerous for Estonian national security.

Anthony Glees, an intelligence expert from The University of Buckingham told The Times: ‘Masha is feisty, even rather nasty, but also plucky.

‘She punches above her weight. It’s not far-fetched to see her as Putinesque.’

Russia’s state media have refuted the claims from the likes of Estonia and Lithuania.

They have also branded the concerns in the Baltic states as ‘pathological’ Russophobia.”

The Rooskies are laughing at the deranged globalists as their empire continues to crumble. All they can do is spout silly conspiracy theories as their lofty ambitions go up in smoke!

An important issue raised by @thetimes today: How UK can find salvation from “Masha and the Bear”? Launch an Ant-Cartoon Excellence Centre somewhere in the Baltic? Place all cartoonists on EU sanction list? Clearly a decisive – and a very expensive – approach is needed! pic.twitter.com/a05fKE24Be