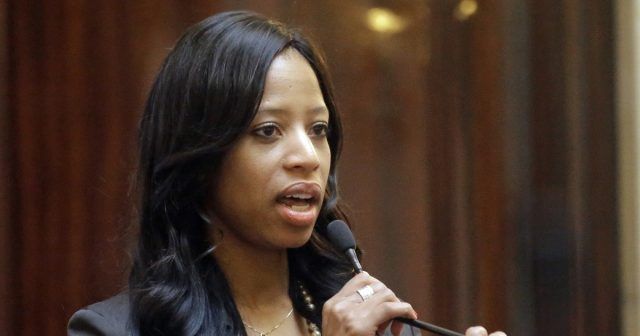 Rep. Mia Love (R-UT) will be departing from Congress at the end of the year. She showed President Donald Trump no love, and criticized him constantly as one of the top Never Trumpers in the US House.

“The President’ comments are unkind, divisive, elitist, and fly in the face of our nation’s values. This behavior is unacceptable from the leader of our nation,” Love said last year, echoing Democratic Party criticism of Trump.

“The President must apologize to both the American people and the nations he so wantonly maligned,” Love added.

Trump never apologized to the liberal media despite Love’s insistence. She lost in a deeply red area of Utah to her Democratic opponent in part because she ran from Trump at every turn. Instead of swallowing her pride and embracing the President, she defiantly ran against the man and his record of results. Because of her failure, a far-left liberal is in office to prevent America from being great again.

In predictable fashion, Love is refusing to take any personal responsibility for blowing it big time. She is playing the blame game and, of course, throwing around the race card. She no longer has to play the role of conservative and is showing her true colors.

“The President’s behavior towards me made me wonder: What did he have to gain by saying such a thing about a fellow Republican,” the oblivious Love said during a concession speech today in Salt Lake City. “It was not really about asking him to do more, was it? Or was it something else? Well Mr. President, we’ll have to chat about that.”

Although she trashed Trump publicly, this entitled loser felt that she deserved the President’s respect despite the apparent lack of reciprocity.

“However, this gave me a clear vision of his world as it is. No real relationships, just convenient transactions. That is an insufficient way to implement sincere service and policy,” Love added.

This is when the racial whining began.

“This election experience and these comments shines a spotlight on the problems Washington politicians have with minorities and black Americans — it’s transactional, it’s not personal,” Love said.

She added, “You see, we feel like politicians claim they know what’s best for us from a safe distance, yet they’re never willing to take us home. Because Republicans never take minority communities into their home and citizens into their homes and into their hearts, they stay with Democrats and bureaucrats in Washington because they do take them home — or at least make them feel like they have a home.”

Sadly, Love is not likely to go away any time soon. There are many organizations in Washington D.C. and throughout the country that are funded by the GOP establishment that exist to promote diversity. Despite failing and losing and blowing it for her party and her country, Love will likely receive an unearned affirmative action post in one of these astroturfed organizations working against Trump’s agenda.

“Good news is, I’m not going away. But now, I am unleashed, I am untethered and I am unshackled, and I can say exactly what’s on my mind,” Love said.

Now that Love doesn’t have to pay lip service to her constituents in Utah, she is free to express her race-baiting and anti-conservative point of view. Hopefully, in two years, Utah can elect a real conservative in their 4th Congressional district instead of this unprincipled, phony crybaby who serves as a reminder that diversity is NOT our strength.

‘Twitter Files’ Fallout Rains Down On Arizona And Reveals That Katie Hobbs Colluded With The Big Tech And The AZ Government Was Breaking The...