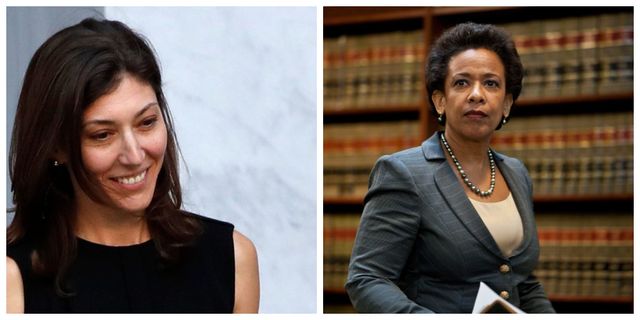 Former FBI attorney Lisa Page said in congressional testimony that she and her colleagues disagreed with the decision to allow the aides of former Secretary of State Hillary Clinton to attend her FBI interview.

Bur former Attorney General Loretta Lynch who may feel the sting from this interview after the latest revelations.

Lisa Page’s congressional testimony reveals that the FBI was considering charging Hillary Clinton under the Espionage Act for “gross negligence” — until the DOJ flat-out told them “No.

According to Page’s testimony, which was made public on Tuesday, the FBI considered charging former Secretary of State Hillary Clinton with gross negligence under 18 U.S. Code § 793 for her alleged handling of classified information.

“We had multiple conversations with the Justice Department about bringing a gross negligence charge,” Page told Republican Texas Rep. John Ratcliffe. “And that’s, as I said, the advice that we got from the Department was that they did not think — that it was constitutionally vague and not sustainable.”

But one old video reveals that AG Lynch lied:

Lynch: “I fully expect to accept” the DOJ and FBI recommendations on the Clinton email probe https://t.co/8I58ZMGkGD https://t.co/A1DeQqJ6cB

If I remember correctly, Hillary said herself that if she goes down, she’s taking half of D.C. with her! Kinda sounds to me that one statement alone proves her guilt, how would she know which ones to take down unless she knows who was in it with her