Home Opinion Photos: Unusual And Sizeable Growth Spotted On The Left Side Of The... 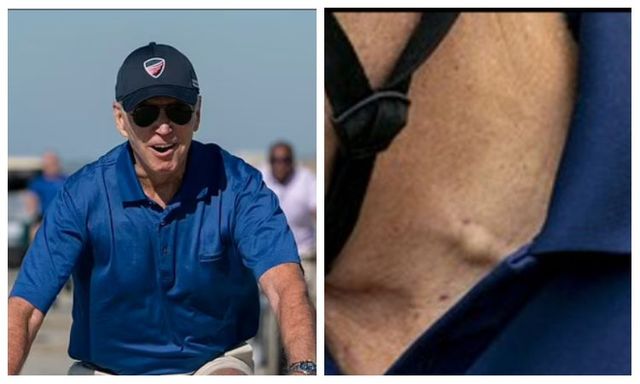 President Joe Biden and first lady Jill ventured out for a bike ride Sunday morning during their vacation on Kiawah Island, South Carolina during the one-year anniversary of the Taliban takeover of Afghanistan.

When reporters asked if Biden would speak to the press he said, ‘no,’ but insisted he has ‘been on the phone a lot’ during his family vacation.

Biden was surrounded by Secret Service agents who also rode bikes around him as he slowly pedaled across the sand.

Although he appeared in front of media cameras he did not stop to take questions.

When reporters asked him if he would talk to them, he replied, “No.”

“Gotta go get your bathing suits,” he replied as he rode by, presumably speaking to reporters.

Reporters: “Will you come talk to us?”

He told us we should get our bathing suits pic.twitter.com/KGTK7y6G56

During the bike-riding display the president was also photographed talking with spectators. But a closer examination of one photo reveals what appears to be a rather unusual and sizeable growth on the left side of the president’s neck.

Medical doctors, we talked with, none of whom have ever examined Biden, said any of their own patients displaying such growth would require questioning and closer examination. How long has he had this lump? Does it ever hurt or become sensitive? Has it changed size or color?

And they would be likely to order a biopsy to determine its precise nature. 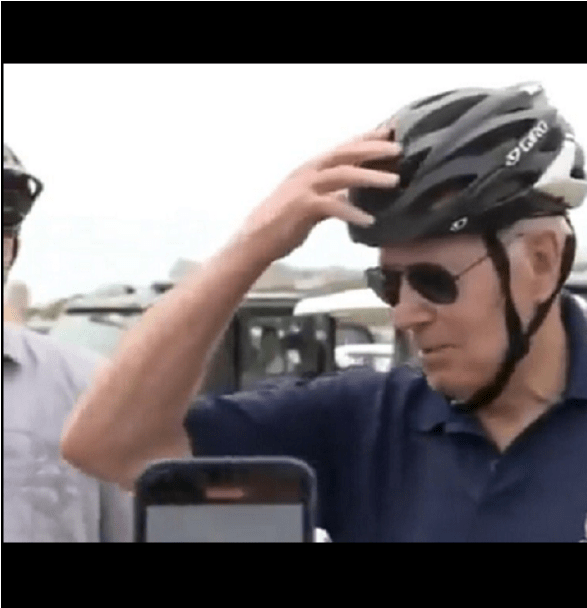 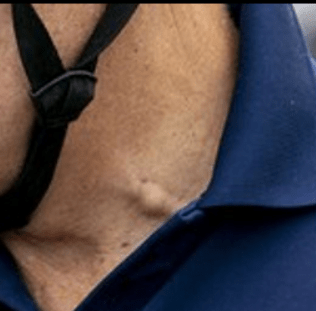 The issue of a president’s health is always of keen interest given concern over national security and line of succession. It is especially so with Biden, who is the oldest president in history. He turns 80 in November.

His handlers better stop these bike ride displays because last time he fell and this time his neck is going to pop up!