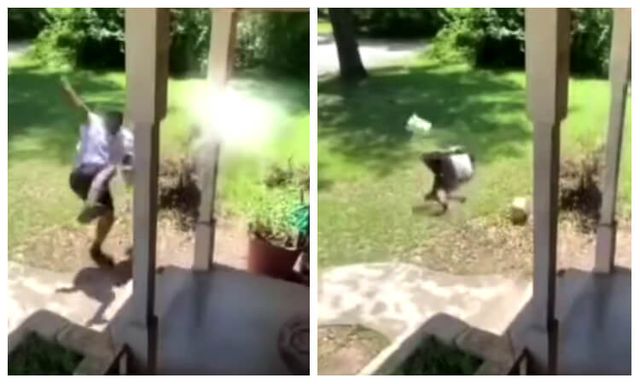 Criminals getting blown up by retired Marines is just hilarious as heck.

Who better to deal out such righteous justice than a United States Marine, who has had more than enough of people stealing his packages from his porch. I’m not saying he handled the situation in the most legal fashion, nor will I say this is the best way to deal with porch thieves. However, I will say that I’m glad he went about it the way he did because it’s hilarious.

It was so bad that he literally soiled himself!

And then, after getting hit with a literal flashbang, he didn’t just run away (the heck?), but instead loitered around trying to make excuses before limping away to “get the package.”

I don’t know what makes this video funnier: the initial explosion of the flashbang sending the thief to the ground, the fact that he sh*t himself, or the marine who continues to yell from inside. All of it is amazing.

The main question remains why did this moron decide to smell his feces? 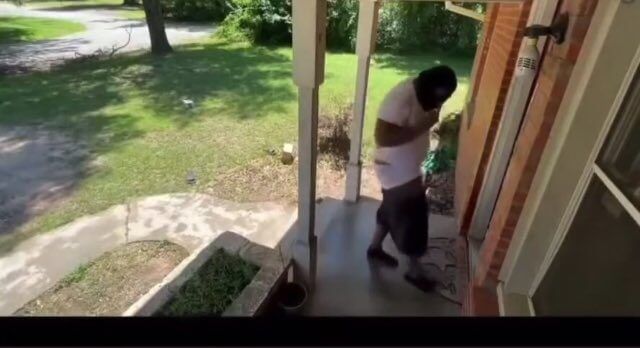 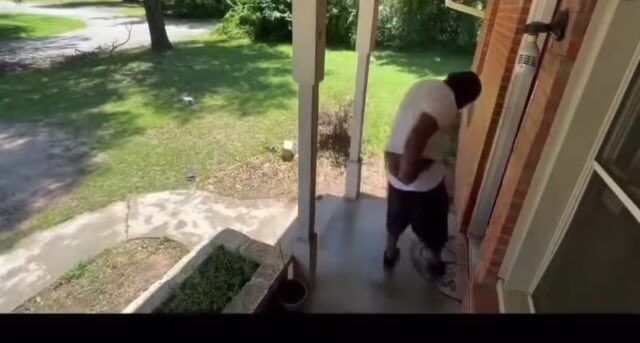 My goodness. I hope that dude thinks twice before nabbing another Amazon Prime delivery! Semper Fi!

For those wondering about the “bobby trap”, it’s a fake box loaded with 12 gauge blanks that will explode when the package is picked up. It’s completely harmless. It’s sold online but it’s currently sold out