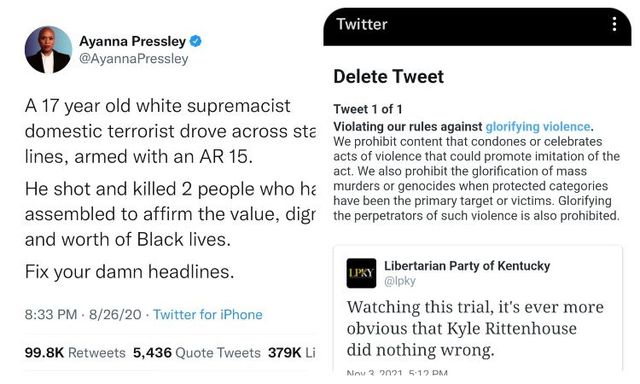 There is a concerted propaganda campaign underway to condemn Kyle Rittenhouse as a white supremacist and domestic terrorist.

There is no evidence for any such thing. In fact, the testimony produced this week in Rittenhouse’s trial suggests these characterizations are just plain false.

That hasn’t stopped Democratic politicians and various celebrities from making the claim.

Rittenhouse is accused of shooting three white protesters last year during the Black Lives Matter riots in Kenosha, Wisconsin, killing two. The 18-year-old Illinoisan, who claims he was in Kenosha armed with a rifle as part of an effort to protect local businesses from looters, argues he acted in self-defense. One of the three men Rittenhouse shot, the one who survived, even testified this week that Rittenhouse fired at him only after he pointed a gun at the 18-year-old.

Despite the testimony and everything we’ve known since at least last fall, leftists are hellbent on smearing this young man as a white supremacist terrorist — something which, again, will still not be true even if he is convicted in the shootings. 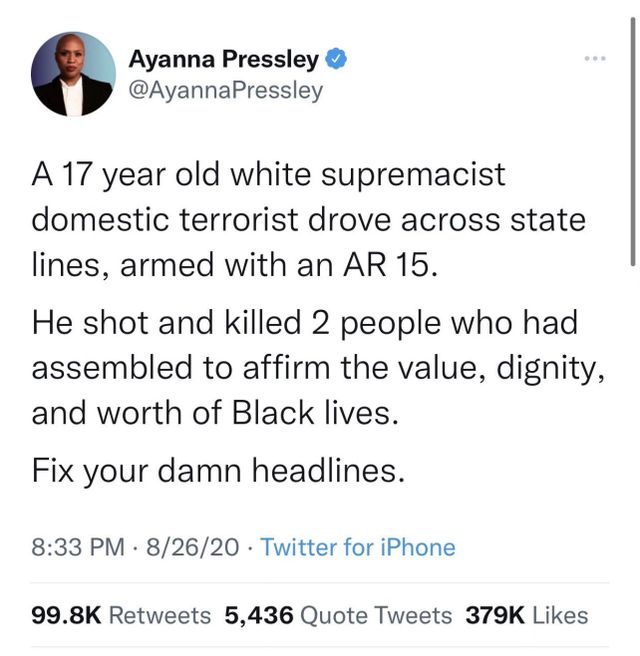 But it seems that the censorship is getting stronger and now there are reports that people are being banned online for saying that Rittenhouse is innocent.

You can make up complete lies about Kyle Rittenhouse and you won't get banned.

But if you say Kyle Rittenhouse was innocent, you will be. pic.twitter.com/kIyyTcujSA

Someone said "Kyle Rittenhouse did nothing wrong" in the replies and got yeeted.

You are not allowed to say that Kyle Rittenhouse is innocent on Twitter. Do not say it!

The only permitted opinion is that you ought to stand by and clap as communists burn your neighborhood. pic.twitter.com/B0pkZma2RI

Took 2 minutes for an associate to be banned. pic.twitter.com/6FJWK2UP7f

Joe Biden, on the basis of no evidence whatsoever, called the 17-year-old “A White supremacist.” Now, for the record, the men Rittenhouse shot were all White, kind of a funny kind of White supremacy there.