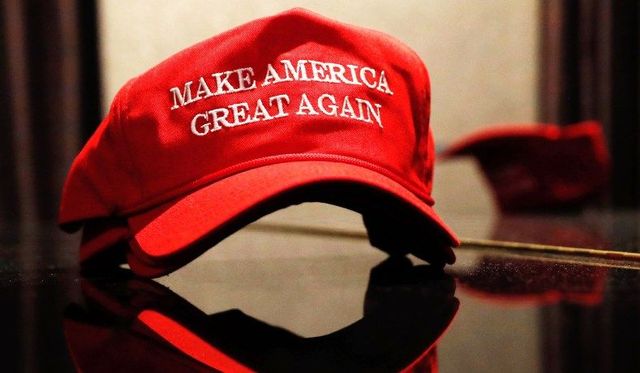 One award-winning San Francisco restaurant owner has taken the inevitable next step by announcing that he will refuse service to anyone who dares wear the Make America Great Again hat at his establishment.

“It hasn’t happened yet, but if you come to my restaurant wearing a MAGA cap, you aren’t getting served, same as if you come in wearing a swastika, white hood, or any other symbol of intolerance and hate,” J. Kenji López-Alt announced on social media Sunday. “MAGA hats are like white hoods except stupider because you can see exactly who is wearing them,” he added.

López-Alt, the author of the award-winning cookbook “The Food Lab,” is chef-partner of Wursthall restaurant and beer hall in San Mateo, California.

“We aim to bring the festivity and community of the German beer hall to the Bay Area, and hope to create a gathering space for friends and families,” the restaurant’s website states. “San Mateo natives, Adam Simpson, and Tyson Mao, have partnered with James Beard award-winning chef Kenji López-Alt to deliver a German and Austrian inspired menu for your enjoyment.”

While the restaurant bills itself as a “gathering space for friends and families,” according to López-Alt, some exclusions apply, namely people who want to openly express their support for the sitting President of the United States.

In its coverage of Wursthall’s MAGA hat ban declaration, the San Francisco Chronicle reports that López-Alt “declined to comment further, citing concern for his staff’s safety,” acknowledging “that the business has received negative, even threatening, emails since the tweet.”

One customer, who was dining at the restaurant for her second time, told the outlet, “I see where he’s coming from, but I don’t think you should just keep people out because of a hat. I get that idea, that maybe that hat could mean the person wearing it is just looking for a fight, but just cutting off dialogue, not giving a chance to get to know someone — I just don’t know if that’s something I would do.”

Another female diner agreed with López-Alt’s low opinion of the red hat, saying it has “come to represent racism, intolerance, exclusivity.” (As part of her rationale for that description, she cited the infamous encounter between the Covington Catholic high schoolers and a Native American protester, the early reports of which falsely represented what video evidence later demonstrated to have actually happened.) Despite her opinion of the hats, however, she still didn’t like the idea of banning them, calling it “what the right wants.”

“They already feel like they’re being demonized by what they call the liberal elite,” she told the Chronicle. “We shouldn’t add fire to that. Instead, it should be us creating a dialogue, leaving a space open to discuss the issues.”

A male customer likewise didn’t like the MAGA hat ban policy, telling the outlet, “I don’t think it matters to me about the rule, but the hat doesn’t just tell you all about the person. All people are different. It’s just weird, to me, at least, that he would make it part of this business.”

His brother felt even stronger, condemning the ban as “discriminating against those with different political views.”

It’s California, the land of liberal brain rot. They claim the hats represent hateful things when, in truth, it shows that there are people who oppose their idiocy.