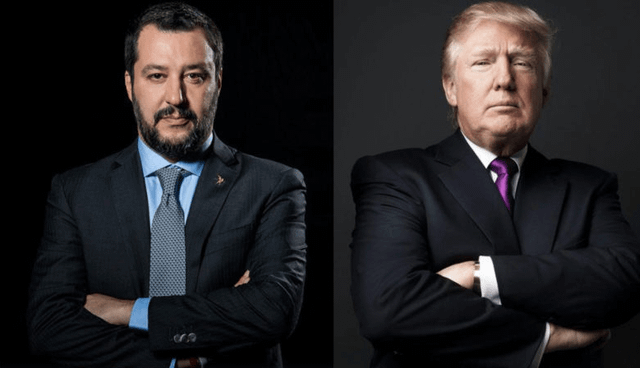 One such instance is regarding China policy, the Trump administration claims. They are concerned about the developing partnership between Italy and China.

The Washington Examiner elaborates on the tensions that are arising between the US and Italy as the trade war with China heats up:

“The U.S. issued an indirect warning to Italy on Saturday for its coziness with China.

The European Union country is weighing sign ing up with China’s global economic effort, called the Belt and Road Initiative.

“Italy is a major global economy and a great investment destination. Endorsing BRI lends legitimacy to China’s predatory approach to investment and will bring no benefits to the Italian people,” the tweet said.

Italian Prime Minister Giuseppe Conte, the leader of the U.S.’ European ally, this week advocated for joining the i nitiative , saying it could open up various market-entry opportunities for many industries in the Italian economy.

“With all the necessary precautions, Italy’s accession to a new silk route represents an opportunity for our country,” Conte told a foreign policy seminar in the northern city of Genoa this week…

Like other nations in southern Europe, Italy wants to pull itself out of an economic recession. Its turn to China signals an upset for the U.S. as the Trump administration has been actively seeking to curb Chinese global influence.”

EU, UN, Merkel, Soros, Zuckerberg, Starbucks, journalists, judges, snobby celebs, Islam. All against #Trump. How can you not LOVE him? pic.twitter.com/fkqzAHX7PM

Salvini sees Trump as a natural coalition partner in the ongoing fight against globalism and multiculturalism.

“Finally, we have an international alliance that, until a few years ago, didn’t exist because we were all on our own,” Salvini said to reporters at The Daily Beast. “We had [former President Barack] Obama, we have [German Chancellor Angela] Merkel, we have Europe, we have [French President François] Hollande, we had [former Italian Prime Minister Matteo] Renzi. Now, in my opinion, we have a great alliance that’s supported by the people and not by financial interests.”

However, Trump has not publicly supported Salvini, and his administration is now attacking Italy for moving closer to the Chinese. Trump needs to solidify all nationalist forces and stop moving toward the left if he wants to defeat globalism and Make America Great Again. A Salvini vs. Trump showdown would only embolden the enemies of the West, and must be avoided at all costs!

This was originally published by The Schpiel