Home Culture Watch: Trans Woman Who Flipped Out at GameStop Has a New Rap... 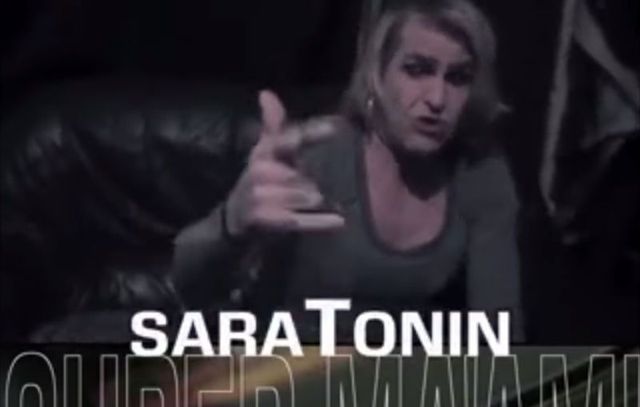 The last we saw Tiffany Moore, a man who identifies as a woman, he was threatening a GameStop employee with physical violence for being called the wrong pronoun and kicking over a stock of video game consoles.

Now Moore (AKA Ma’am) has his own rap video featuring himself going on about being a transgender, ranting about “bigots and critics” and clips from the recorded GameStop incident.

Moore’s new rap alias is “Sara Tonin” and his rap video is titled “The Super Ma’am.”

Moore tells the whole world that he has a 3 strikes and you are out plan and will get aggressive against you for “misgendering” him a 3rd time, as if assault and battery is perfectly legal if someone says something you don’t like. Hoo-boy!

In the video, Moore begins, “Y’all bigots and critics, I gotta thing or two to say to you.”

To sum it up, that “thing or two” Moore is referring to is a warning to future store clerks to not “misgender” him.

“Intentionally misgender once, you’re gonna get corrected,” he raps. “Do it twice, I’m disrespected. Three times and I get aggressive.”

A description does this video no justice. You must see it to believe it.

If you recall, throughout the minute and a half rant at the GameStop, Moore not only yelled obscenities at an employee, but also kicked over a stack of video game consoles while asking if the employee would like to take the conflict “outside.”

“I need your corporate number!” he later yelled, threatening to tell corporate about how he was “misgendered several times in the store.”

“I’m gonna ask you for the fifth time to stop calling me a man, because, quite clearly, I am not!” Moore continued. “I plan on telling the entire LGBTQ community. You’re going to lose money over this.”

Following the incident Moore told reporters that he did not regret his behavior and would do it “100,000 times again” if the opportunity presented itself.

“Yeah, I could have reacted a whole lot better,” Tiffany Moore said. “But you know what, I look back at it and if I could, I wouldn’t change a single thing. I would do it 100,000 times again. I would kick over that display 100,000 times again. Because my actions were justified. I mean, it was blatant and malicious hate. It was blatant and malicious misgendering.”

“I was so angry at that point because, literally, five or six times he had called me ‘Sir.’ He got me so fuming angry and I was cussing,” he continued. “We’re humans just like you. We’re people just like you. We have kids. We have parents. We have brothers, sisters, aunts, uncles, cousins, we’re just trying to live.”