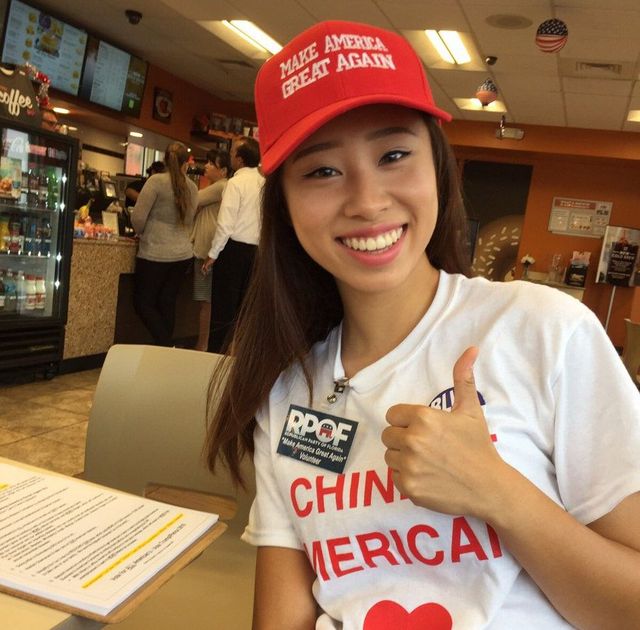 Miss Michigan Kathy Zhu has been stripped of her title over allegedly racist social media posts. The 20-year-old, who is a Donald Trump supporter, model, and activist, has over 70,000 followers on Instagram and Twitter.

Kathy Zhu, 20, is a University of Michigan student who earlier this week was named as an Indiana and Michigan 2019 national finalist in her bid to make it to the Miss and Teen World America Preliminary and Finals, which will be held in Las Vegas in October.

But after organizers became aware of Zhu’s controversial social media posts, they removed her from the competition and asked her to stop posting anything relating to the contest, news.com.au reported.

She also is known as Political Kathy on Twitter, where she posted a screenshot of an email by the state director of the Miss World America beauty pageant for Michigan, Laurie DeJack, notifying her that she must dissociate herself from the contest due to “offensive, insensitive and inappropriate content” found on her social media.

Miss World America’s State/National/Chief Director accused me of being racist, Islamaphobic, and insensitive.

They stripped me of my Miss Michigan title due to my refusal to try on a hijab in 2018, my tweet about black on black gun violence, and “insensitive” statistical tweets. pic.twitter.com/K1Btho0Pgq 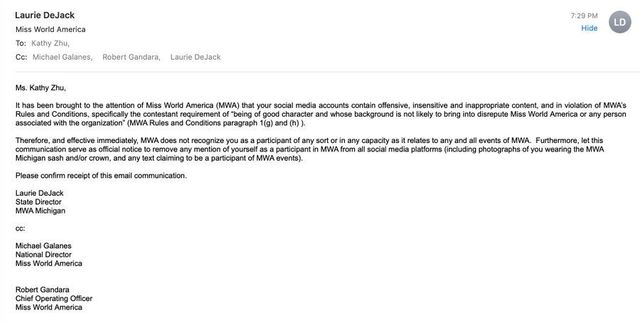 Zhu also posted screenshots of her lengthy text-message exchange with DeJack, in which she informs Zhu that there has been a “huge issue” with her, without providing any details. As Zhu pressed DeJack for more information, the director cited a 2016 tweet by Zhu, reading: “Did you know that the majority of black deaths are caused by other blacks? Fix problems within your own community before blaming others.”

These are the text message exchanges between the state director and me. pic.twitter.com/HtHS1gns6X 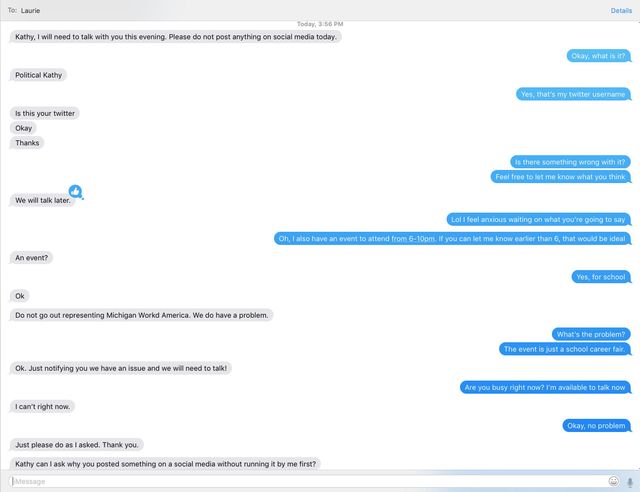 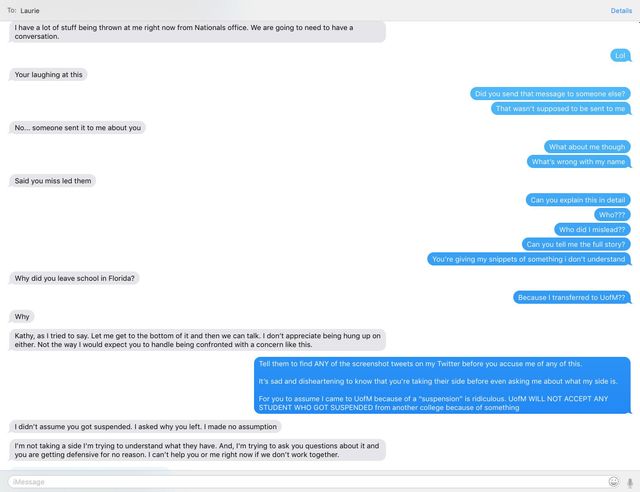 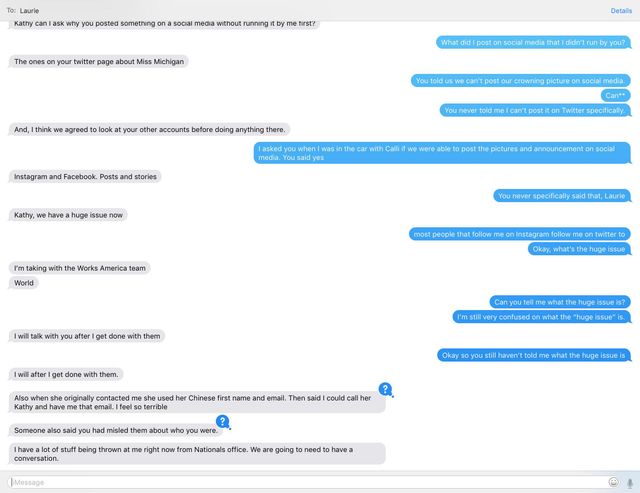 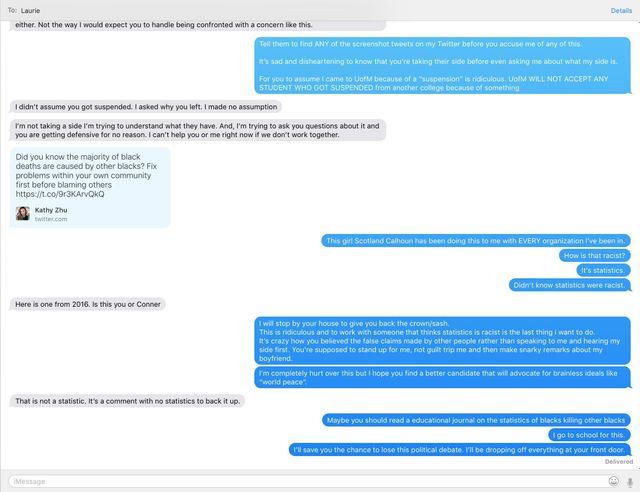 Zhu—who was born in China and moved to the U.S. aged 5—posted her conversations with the organization on Twitter, sparking fury among online conservatives.

Do you support her side of the story?