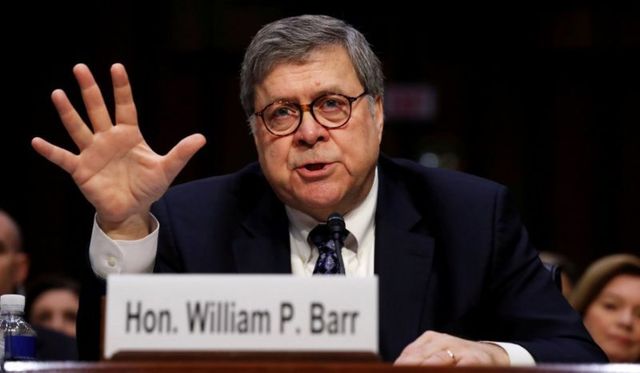 However, there may be a silver lining emerging regarding Trump’s new AG pick. While giving testimony to the Senate, Barr was asked a question by Sen. Mike Lee (R-UT) regarding the hostility that the tech giants show toward conservative and libertarian points of view on their platforms.

“The purpose of the antitrust laws, obviously, is to protect competition,” Barr said.

“At the same time, I’m sort of interested in stepping back and reassessing, or learning more about how the antitrust division has been functioning and what their priorities are,” Barr added. “I don’t think big is necessarily bad, but I think a lot of people wonder how such huge behemoths that now exist in Silicon Valley have taken shape under the nose of the antitrust enforcers. You can win that place in the marketplace without violating the antitrust laws, but I want to find out more about that dynamic.”

Barr is certainly aware of the issue of the privately-enforced Orwellian nightmare and it will be on his radar as he succeeds cuckservative Jeff “Mr. Magoo” Sessions in the role of AG.

“I would like to weigh in to some of these issues,” Barr said. “I’d like to have the antitrust [division] support that effort to get more involved in reviewing the situation from a competition standpoint. I also am interested in the issue of privacy. And the question of who owns this data. And, you know, it’s not an area that I’ve studied closely or become an expert in. But I think it’s important for the department to get more involved in these questions.”

In addition, Barr expressed skepticism of the “network effects” which have allowed tech giants to become “so powerful that particular sectors could essentially be subsumed into these networks.”

Right now, Trump supporters are being targeted with Big Brother censorship on virtually every social media platform. These tech companies, usually run by foreigners, think they can openly flout American values, destroy free speech, and influence elections. In order to be a successful AG who helps Trump’s ‘America First’ agenda, he must cut these behemoths down to size.