Home Military U.S. Special Forces Member In Syria: ‘I am Ashamed For The First... 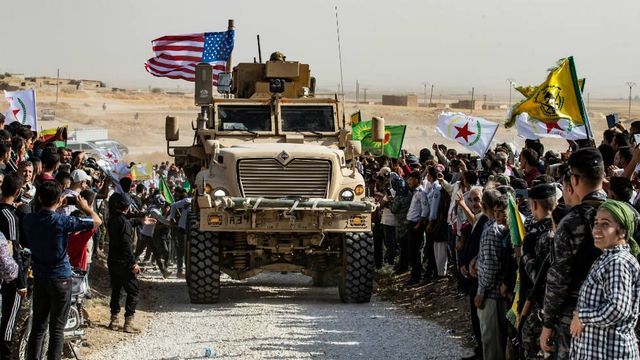 Yesterday Trump decided to pull U.S. forces out of Northeast Syria and left Kurdish forces in the region exposed.

As a reminder the Kurds in Syria were ally to U.S. forces in their battle against the Islamic State.

Some disagreed with Trump’s decision to put America First and remove our forces without loosing a single soldier.

It seems that the soldiers that were forced to retreat did not agree woth this decision also.

“I am ashamed for the first time in my career,” the unidentified soldier, who has been involved in the training of indigenous forces on multiple continents, told Fox News Wednesday.

“Turkey is not doing what it agreed to. It’s horrible,” the soldier added. “We met every single security agreement. The Kurds met every single agreement [with the Turks]. There was no threat to the Turks — none — from this side of the border.”

Do you support Trump’s decision to pull our forces out of Syria?