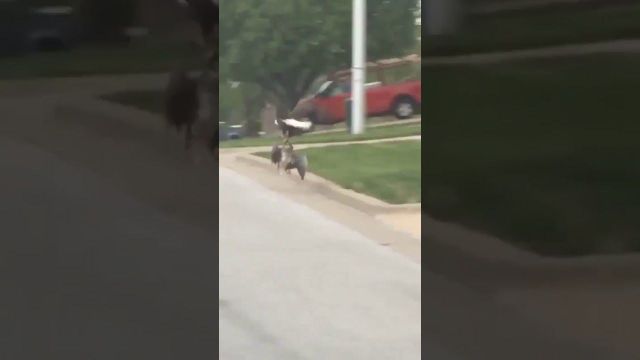 Canada and the United States are two of the largest countries in the world. They are friendly neighbor states and share a large border. The worlds largest waterfall, Niagara Falls, is also on the border of the two countries.

They had other things that they compete in and it’s not sports because Canada sucks in sport.

The American Eagle Vs the Canadian Goose.

One video that was posted on Twitter shows who is the clear winner:

One of the best comments in the Twitter storm is USA 1 Canada 0.

And one men defended the whole situation by saying that Canada has better healthcare system.

In any case if you ever had a doubt about who will win in this battle now you have a video proof.