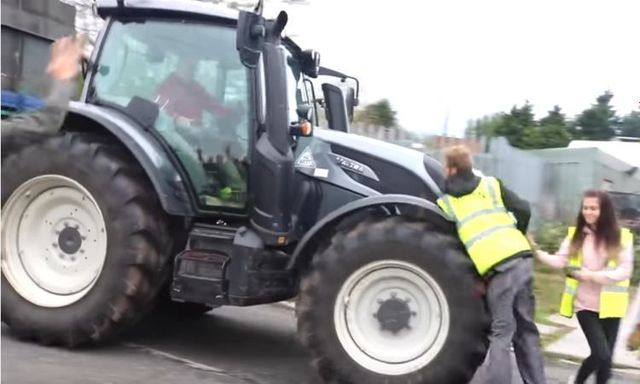 A standoff between Dutch farmers and their government is causing havoc in the Netherlands this summer. Protesters have withheld deliveries from grocery stores, smeared manure outside the home of the agriculture minister, and blocked highways with hay bales and tires. “That’s what you get when you make people so very angry,” Sieta van Keimpema, secretary of the Farmers Defense Force (FDF), said July 27 as the group launched a fresh round of demonstrations.

What’s driving the dispute? The liberal logic says manure. The Netherlands’ intensive livestock farming system produces an unusual excess of animal feces. When mixed with urine, those feces give off ammonia and nitrous oxide. The former is a pollutant that can leak into air and water, harming local wildlife. The latter is a potent greenhouse gas that traps heat in our atmosphere: the Intergovernmental Panel on Climate Change says nitrous oxide accounts for around 6% of global greenhouse gas emissions.

There is just one problem they have done this for centuries and the climate is still the same!

In June, the Netherlands unveiled a world-leading target to halve emissions of the gasses, as well as other nitrogen compounds that come from fertilizers, by 2030, to tackle their environmental and climate impacts. The government said it was leading an “unavoidable transition” for agriculture. Farmers can reduce the release of nitrogen compounds by changing how they manage their cows: feeding them less protein, or using water to dilute manure, for example. But the target is expected to require a 30% reduction in overall livestock numbers, and experts say many farms will have to shut down. Farmers are demanding that the government rethink the plan before it becomes law later this year.

A wave of solidarity protests have taken place in recent weeks, from Germany, Austria, France, Italy, Spain, and The UK to Canada and even Australia and some countries from the Balkans. Some have been organized by people who view the measures as an attack on workers’ rights and small businesses.

Twitter is filled with posts linking the Netherlands’ nitrogen policy to the Great Reset—a theory that claims international elites are trying to use the COVID-19 pandemic to establish an authoritarian global government.

On July 7, Fox News’s Tucker Carlson featured a guest claiming the policy is designed to clear land for use by migrants. And at a July 23 rally former U.S. President Donald Trump praised the farmers for fighting their governments’ “climate tyranny.”

But the usual “woke” protesters are still active and it seems they haven’t learned their lesson.

Standing in the way of a huge tractor is never a good idea!

Luckily for the vegan protester, the farmer managed to drive through without killing him and give him a lesson of a lifetime.

The video is allegedly taken near Liverpool!