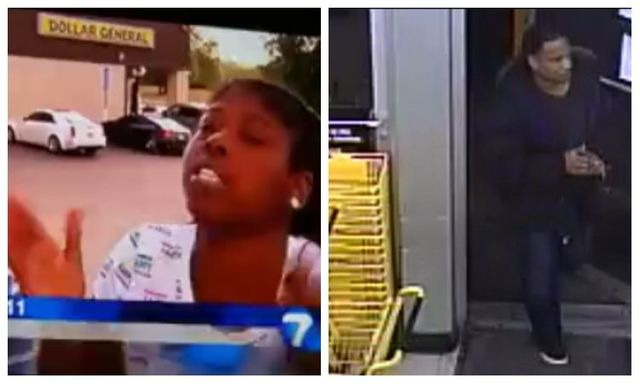 A 23-year-old Ohio man was shot and killed while trying to rob a Dollar General store at gunpoint.

Roosevelt Rappley entered the Dayton-area store, produced a firearm, and started demanding money. One of the store clerks was a concealed carry permit holder and was legally armed. Once the suspect pointed his weapon at this clerk, he drew his own weapon and fired, striking the subject in the chest.

Rappley returned fire, hitting no one, before stumbling outside and collapsing. He was pronounced dead at the scene.

“He pointed a gun at me,” the caller said. “I had a firearm on me. I pulled my firearm and I shot him in self-defense.”

According to police, witnesses confirmed that the assailant pointed his weapon at the clerk, prompting him to draw and fire, fearing for his life.

Shortly after the failed robbery attempt, two members of Rappley’s family spoke with reporters outside the store where he was shot and killed. Their thoughts: it is the fault of the clerk for being legally armed and acting in self-defense.

Rappley’s sister went on record as saying that even though her brother was wrong…it was all the clerk’s fault. Here is what she said:

“He’s got some responsibility, but not all. [Right is] right and wrong is wrong. That was wrong for that clerk to shoot my brother in the chest. Yes, he’s robbing them. OH, WELL (emphasis by the speaker)! Call the police, that’s what you’re supposed to do. You’re not supposed to take matters into your own hands.”

According to the siblings, this is the second of ten siblings killed by gunfire. We don’t know under what circumstances the other died, but Roosevelt Rappley is responsible in this case.

Experts said it is legal for the clerk to carry a gun if it is allowed by the employer and if the individual carrying the weapon isn’t prohibited from doing so.

The shooting happened about 6:20 p.m. at the store at 2228 North Gettysburg Ave.

“I just had somebody try to attempt and rob me over here at Dollar General on Gettysburg,” the 911 caller said. “Came in with a firearm, threatened to take money out the drawer, pointed a gun at me and my staff members. He pointed a gun at me, I had a firearm on me, I pulled my firearm and I shot him in self-defense.”

Rappley does have prior history with police, according to Dayton Police Lt. Jason Hall, involving pending weapons charges and possible involvement in other commercial robberies in the area, including the recent robbery of a Dollar General on Main Street.

Hall on Thursday afternoon said that the investigation so far had produced witnesses who saw the suspect enter the store, brandish a handgun and demand money from the cash register.

“An armed employee was then engaged with the individual attempting to rob the store,” Hall said. “The shooting occurred inside the structure, and the individual fled outside.”

Hall explained that there is a lot of evidence that police are looking at from the scene, including video from the store and shell casings that ultimately will reveal much about the case. Police and store officials declined to release the video.

Hall said police will present everything to prosecutors for review.

Dollar General officials said they have several measures to protect the safety of employees and customers, however, they stopped short of saying if employees are allowed to carry firearms, according to a statement obtained by this news outlet.

“At Dollar General the safety of our customers and employees is a priority,” a public relations spokesperson said in an email. “In line with that commitment, we employ a number of safety and security procedures to prevent, deter, and if necessary, respond to criminal activity in our stores.”

“To protect the integrity of these measures, we do not comment on them specifically,” the spokesperson said.

Police don’t often come across a robbery in which a store employee uses deadly force to thwart a robbery.

After hearing testimony and evidence concerning the incident, the Montgomery County Grand Jury returned a no true bill and found that the store manager acted lawfully under the circumstances.