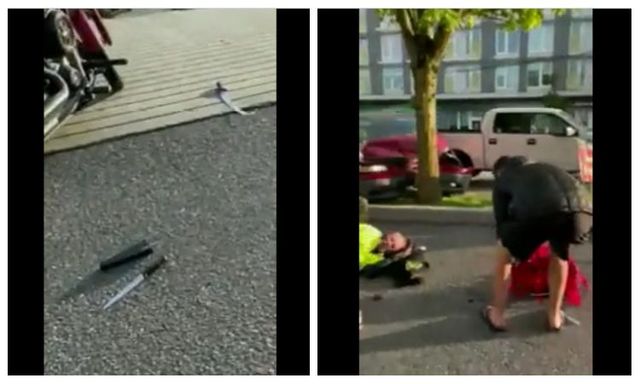 Canada moved to make the sale of handguns illegal under a sweeping new bill introduced in Ottawa Monday in the wake of the Uvalde, Texas school shooting.

Flanked by government officials and advocates, Prime Minister Justin Trudeau announced a “national freeze” on firearms in the country as he referenced increasing homicides in Canada and alluded to recent mass shootings south of the border.

“It will no longer be possible to buy, sell, transfer or import handguns anywhere in Canada. In other words, we’re capping the market for handguns,” Trudeau said.

“People should be free to go to the supermarket, their school or their place of worship without fear.”

The legislation is all but assured to be approved by Canada’s Parliament, and is expected to be enacted this fall. The country has already unveiled plans to ban 1,500 types of military-style firearms and implement a mandatory buyback program of high-capacity weapons.

While taking their guns British Columbia will become the first province in Canada to decriminalize possession of small amounts of hard drugs such as illicit fentanyl, heroin, cocaine, and methamphetamine after receiving an exemption from Ottawa to federal drug laws.

Effective Jan. 31, 2023, British Columbians 18 and older will be able to carry up to a cumulative total of 2.5 grams of these illicit substances without the risk of arrest or criminal charges. Under rules established by Ottawa and the province, police will not confiscate the drugs, and people found to be in possession will not be required to seek treatment. The production, trafficking and exportation of these drugs will remain illegal.

The province has ramped up its response in recent years to a drug crisis that has killed thousands of people, expanding harm-reduction measures and opening the door to a safer drug supply.

In removing criminal penalties for drug possession, government officials are heeding the calls of drug-policy experts and advocates who say it is a critical step in destigmatizing and meaningfully addressing problematic drug use.

The end game of these evil politicians can be witnessed on video!

Armed and high, an insane Vancouverite attacks locals with two blades. (One day after Trudeau made handguns illegal and crystal meth legal.) Funny how that works.

(If you’re wondering, yes, Vancouver and its province of British Columbia just decriminalized meth and other drugs this week) 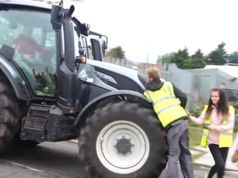