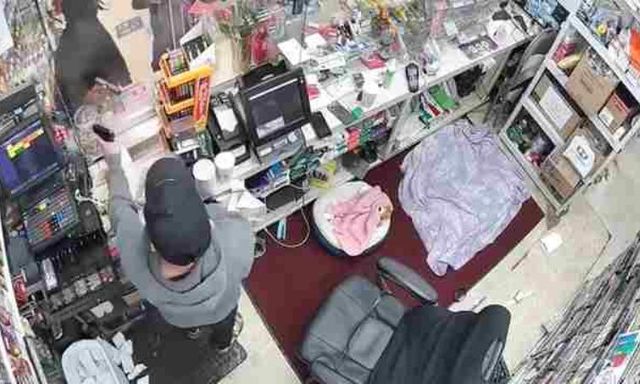 A man fired shots at two different people during an armed robbery inside a Dearborn business, police said.

The robbery happened around 7:50 p.m. Wednesday (Dec. 15) at a business in the 7500 block of Wyoming Avenue, according to authorities.

Officials said a man wearing a surgical mask and all-black clothing walked into the store and fired one shot at someone. He stole several items from the store before leaving, according to police.

Authorities said the man fired a shot at a different person on his way out.

Nobody was injured during the incident, officials said.

“This is a heinous crime that is totally unacceptable,” Dearborn police Chief Ronald Haddad said. “We are thankful that no one was injured and we will dedicate all of our resources to identifying the person involved and bringing him to justice.”

Dearborn police have one picture of the robbers: 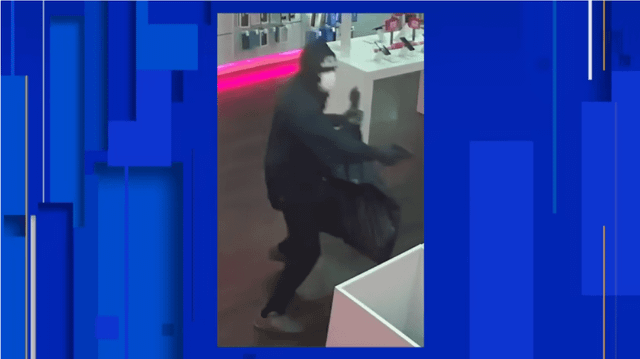 The police also suspect that the robber is a part of a larger group that operates in Dearborn and they believe that he is part of a group of robbers that were caught on surveillance video in a convenience store.

But in the video the would bee robbers were denied by a real-life “Dirty Harry” convenience store worker.

Police say the armed clerk shot the robber and the robbers fled, leaving behind them a trail of blood.

So, no doubt, these robbers will need to get some medical attention before that wound turns septic.

Is it even worth it?

What do these guys even have to gain in this?

In most cases, we’re talking less than $200 in the till and maybe some tobacco products — that’s the most there is to gain. That medical bill is going to be way more expensive than the score would have been worth.

This is just stupid, bad behavior. Anyone with a modicum of business sense would see that there’s way too much risk for way too little reward. At the rate of what the average armed robber stands to gain, he could work a minimum wage job for a full week and earn almost three times as much.

Best of all, working a minimum wage job usually doesn’t result in getting shot.

Even though the robber got away, unless he spent his creative years getting a medical degree, he’s going to need to visit a hospital. Bullet wounds don’t just magically heal — especially if the bullet is still lodged inside. Our guess is he has about three days before he shows up in an Urgent Care trying to play this one off as a self-inflicted gunshot wound.