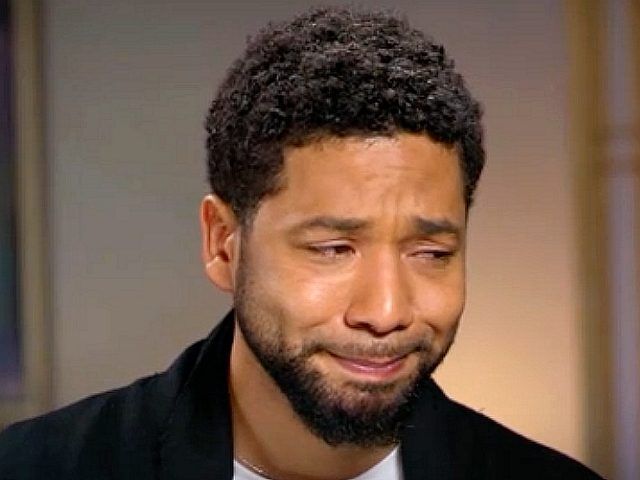 Nana Efua Mumford, executive assistant to The Washington Post’s editorial board, lamented on Sunday that Jussie Smollett’s story appeared to be falling apart because she felt like she needed the story to be true.

Mumford wrote in a column titled, “I doubted Jussie Smollett. It breaks my heart that I might be right” (HT: The Gateway Pundit):

On Jan. 29, Jussie Smollett, who plays Jamal Lyon, the openly gay heir to the show’s hip-hop record label throne, was allegedly attacked in a baroque hate crime. He told police that his attackers immediately identified him as a gay actor from “Empire,” then proceeded to yell racial and homophobic slurs, shout “this is MAGA country,” pour an unknown chemical on him and place a noose around his neck. The story has since become even more complicated: The Chicago police questioned two Nigerian brothers, one of whom said that he played a small part on “Empire,” about their possible role in the attack. As of this writing, the department is seeking to interview Smollett again; he has hired a criminal defense attorney.

[…] I wanted to believe Smollett. I really did. I know that there is a deep, dark racist history in Chicago and, if proved true, this would be just one more point on the list. I wanted to believe him with every fiber of my being, most of all because the consequences if he were lying were almost too awful to contemplate.

Over the past few hours, there have been speculations that have confirmed my worst fears. Unnamed “police sources” have claimed that Smollett orchestrated the entire thing.

If Smollett’s story is found to be untrue, it will cause irreparable damage to the communities most affected. Smollett would be the first example skeptics cite when they say we should be dubious of victims who step forward to share their experiences of racist hate crimes or sexual violence. The incident would be touted as proof that there is a leftist conspiracy to cast Trump supporters as violent, murderous racists. It would be the very embodiment of “fake news.”

Note: the damage these hoaxes have caused to run-of-the-mill Trump supporters and the hatred that’s been generated against them as a result is of no concern.

[…] And that reason, more than any other, is why I need this story to be true, despite its ugliness and despite what it would say about the danger of the world I live in. The damage done would be too deep and long-lasting. This could be one tragedy that the Lyon family — and more importantly, the ordinary people who loved the show and invested in Smollett and his character — could never overcome.

Actually, hate hoaxes like these are exposed almost every month. An entire website has been created just to catalog them called FakeHateCrimes.org. The media just ignores them all and acts like nothing ever happened.

The Covington Catholic kids were lied about and demonized by your very own newspaper just a few weeks ago and after the hoax was exposed they still clung to the narrative and didn’t even bother to apologize.