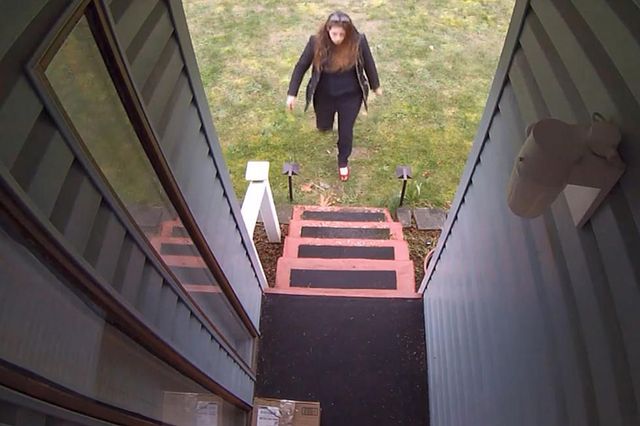 Stop calling the police for every little problem you have and start taking action for yourself!

The police aren’t the only ones allowed to fight against crime. You have every right to protect yourself and your property.

The video below is a perfect example of how you should take action when someone tries to steal your belongings!

Jaireme Barrow took a fake package and rigged it with a blank 12-gauge shell so that if a thief tried to run off with his property, they would be met with an explosive surprise.

Sure enough, a woman marched up to the door and proceeded to pick up Barrow’s package — but before she could get away, a loud “pop” emanated from the trap.

Take a look at the explosive video below uploaded by Barrow:


The woman screamed and fled back to the vehicle she had pulled up in after Barrow’s trap scared her away. A man exited the house, presumably Barrow, to see if he could catch the thief.

Barrow wrote when he posted the video back in 2016: “I got fed up with having my Jeep parts stolen so I decided to rig a package with a 12 gauge blank shell.”

He had posted a video previously that showed a thief in the act and let other would-be criminals know, “The next one stolen will make for a great video.”

Commenters both praised Barrow and questioned why he didn’t just report the thefts to the police.

One person commented: “Finally someone that’s done what I’ve been wanting to do for a while.” Another wrote, “HILARIOUS! That woman’s scream. Serves her right.”

This is a great idea!

The only people who do not think this is a good idea are deadbeat porch pirates.

Would you protect your property this way?