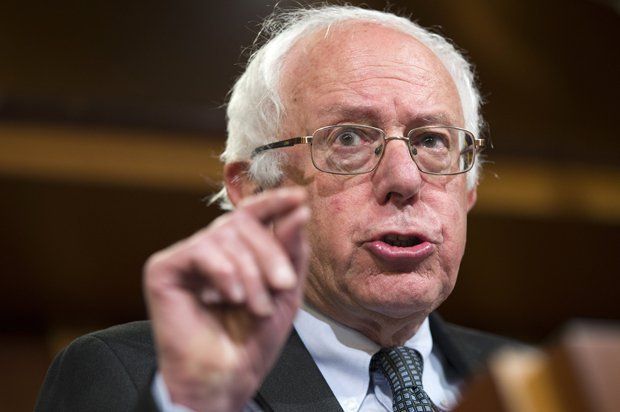 Bernie Sanders is a  guy that never worked hard his entire life. He doesn’t know what it is like to work hard to support his family only for the government to take food out of his own family’s mouth to give it to leeches on society. He has always had a safety net.

Now he wants people to believe that he’s a generous and harmless politician that just wants to change society for good—by taxing more people.

How does robbing a person to give to another promote a working, productive society where there are myriads of opportunity to create your own wealth?

His idea of socialism would have just destroyed America as we know it.

Young liberals, having just come through years of socialist indoctrination in their schools, and lacking life experience and the historical perspective that comes with it, flocked to Sanders socialist utopia.

History chronicles the death and starvation that has accompanied socialism wherever it has been implemented. The great economist Milton Friedman explained to talk show host Phil Donahue why this is so:

(This short video might very well be the most important 2:30 you can ever show your children.)


Evidence continues to surface that proves Bernie Sanders is just another corrupt politician who uses the people’s money to benefit himself, his family, and his friends.

Bernie Sanders has played fast and loose with other peoples’ money.  He habitually used campaign contributions for the enrichment of those he holds closest.  The Washington Free Beacon reported back in early January of 2016 that:

“Bernie Sanders and his wife have on numerous occasions steered money from organizations under their control to friends and family members, public records show.

“The payments benefited the wife of the Democratic presidential candidate, his stepdaughter, and the son of a former colleague in city government whom Sanders has described as a close friend.”

Sanders’ House campaigns paid his wife more than $90,000 for consulting and ad placement services from 2002 to 2004. Her daughter Carina Driscoll, Sanders’ stepdaughter, also drew a salary from the campaign. She was paid more than $65,000 between 2000 and 2004.

Share this to let everyone know what a fraud Bernie Sanders and socialism is.