Home Opinion Beto O’Rourke Caught in New Scandal, This Could End His Campaign 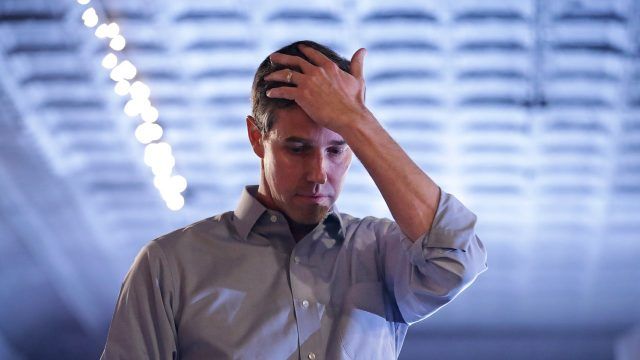 Democratic presidential nominee Francis “Beto” O’Rourke just got caught in a new scandal, one that could potentially snuff out his 2020 campaign.

Democratic presidential candidate Beto O’Rourke paid roughly $110,000 in campaign funds to a web development company while either he or his wife owned it, public records show.

Beto O’Rourke doubled as both candidate and treasurer during his first congressional campaign in 2011 and 2012, according to FEC records.

Beto for Texas paid the candidate’s own business for services including “consulting” and “social media” during that time, FEC records show.

Beto was using campaign funds to enrich himself!

Not only that, after he used campaign money to enrich himself and make his business more profitable, he turned around and sold it for upwards of $1 million. The exact figure is unknown but O’Rourke’s own 2017 year-end financial disclosure report listed the sale value in the $100,001 to $1 million range.

His supporters financed him and put him in a position to make a gold mine from his business and his supporters get nothing from it.

Apparently, after that sweet deal, O’Rourke has decided to become a professional politician to get his supporters to enrich him even more. He must be related to Bernie Sanders.

If in fact O’Rourke did receive a huge sum for his company, which was beyond what it is worth, the public has a right to know this.

There should be an investigation into this to find out the truth before he is able to run this sort of scheme on his contributors again.

Breaking: Rioters Throw What Appears to Be a Bomb at Federal Courthouse in Portland

Breaking: Rioters Throw What Appears to Be a Bomb at Federal Courthouse in Portland

Breaking: Major Riot in Seattle—Mob Sets Fire to Starbucks With Residents Living Above It

Breaking: Rioters Throw What Appears to Be a Bomb at Federal...