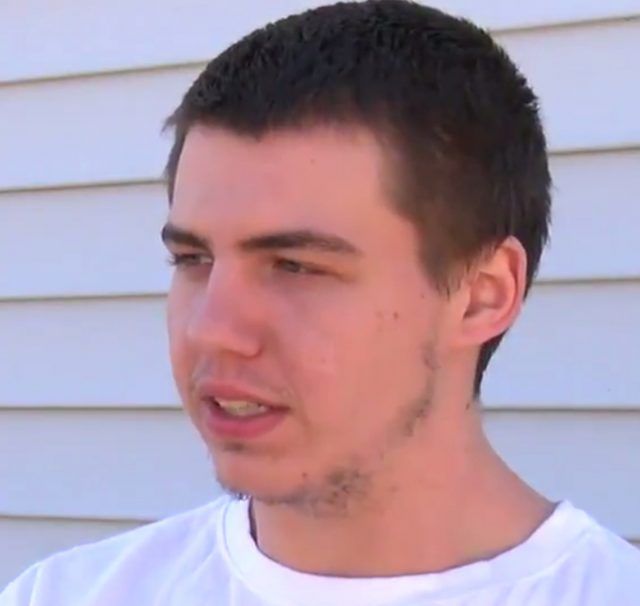 Studies prove that pedophiles can’t be cured; they always return to that activity. Looks like we should have stornger law that will keep them behind bars for a longer time!

Society will never accept such debauchery, and pedophiles ‘can’t change’, so rather than allow them to ruin thousands of more lives, jus give them a huge punishment!

But instead of giving them a punishment we have a case where a man was arrested for beating a pedophile, and he caught the pedophile raping a 5-year-old boy

Richard Adams, 20, said he flew into a fit of rage when he caught the pedophile breaking into his home in Eastlake, Ohio.

Thesun.co.uk reports: Adams then posted a video on Facebook, reportedly showing the battered teen covered in blood and being angrily questioned about the assault.

“I was doing laundry and I walked out and there was the 17-year-old and he had the five-year-old’s penis in his mouth,” he said.

Adams also said he asked the youngster what had happened and he replied: “that the 17-year-old had touched him right there and that he had touched him the night before”.

Adams has been released on £3800 bail, while the accused teen remains in custody.

He said he regrets posting the video – which has been deleted – but not attacking the alleged abuser.

“I do feel sorry for the video. I should not have posted that and I do feel remorseful for that,” he said.

“I want everyone to stop all the child offenders and predators out there. I don’t want any child to have to go through that.

“I am scared. I have a kid on the way and I do want to be there for my child’s birth and that’s the only thing that’s worrying me right now. I almost want to cry saying it.”

Do you think that this man deserve to be arrested?

Video: Burglar Trying To Break Into A Car Parked On The Driveway, The Homeowner Comes Out And Serves Him Instant Justice – People Call...

Video: BLM Looters Looting Each Other After They Stole A Merchandise From The Nearest Store