Home Culture Dems Introduce Bill That Would Require Men to Report to Police When... 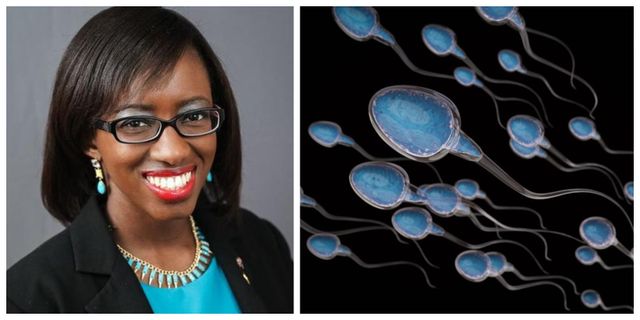 When you think that the Dems can go crazier they came back and suprise us as never before!

Now they want men to report to police when they ‘release sperm from their testicles’.

No, this is not satire.

HB 604 states that “any male 55 years of age or older shall immediately report to the county sheriff or local law enforcement agency when such male releases sperm from his testicles.”

Thegatewaypundit.com reports:The bizarre legislation came shortly before a state Senate panel approved another proposal (HB 481) to ban most abortions after six weeks of pregnancy, a bill known as the “heartbeat abortion ban.”

“According to the House website, HB 604 was introduced by Reps. Park Cannon (D-Atlanta), Renitta Shannon (D-Decatur), Donna McLeod (D-Lawrenceville), Sandra Scott (D-Rex) and Kendrick March 11. It does not appear to have been assigned to a House committee at this time,” WRDW reported.

“Kendrick told Rolling Stone she’s aware that her measure has little chance of passing (it’s already past the deadline for submitting new legislation), but she said it is meant to call attention to the “absurd” double standard women are being held to.”

Kendrick made headlines last week when she posted a “testicular bill of rights” on her Twitter feed. The “legislation” would force men to obtain permission before they obtain Viagra or “any erectile dysfunction medication,” ban vasectomies in the state, and make it a crime of “aggravated assault” for men to have sex without condoms.

Ggggooooodddd morning! Introducing my “testicular bill of rights” legislative package. You want some regulation of bodies and choice? Done! pic.twitter.com/5E8HBRSc9l

Kendrick also write an op-ed piece for Newsweek titled  “You want our wombs? We’re coming for your testicles.”
“There are some that say “this isn’t a laughing matter” and they are right! Yet, HB 481 was rushed through the committee process, brought on the floor late into the hours of Crossover Day when bills have to pass to the other chamber, and passed the Georgia House of Representatives. So I agree it’s not a laughing matter—but neither is the government telling me when I must have a child.

HB 481 is not done. It’s in the Georgia Senate as I write this opinion. It can still be stopped, I believe. So whether I actually file my “testicular bill of rights” or not, I will continue to work with the Senate to try to stop this heinous, unconstitutional measure that attacks women’s core rights to privacy and family planning. I was elected by 54,000 Georgians to fight for their interests—and I will continue to do so no matter what stands in my way.”

I guess in Georgia they don’t have any other business to attend to. Maybe it’s time to cull the flock and save some taxpayers money!

There ought to be serious consequences for ‘Public Servants’ when they waste the taxpayers time and money with idiocy like this.