Home Politics Hillary’s Fingerprints are All Over Kavanaugh Inquisition 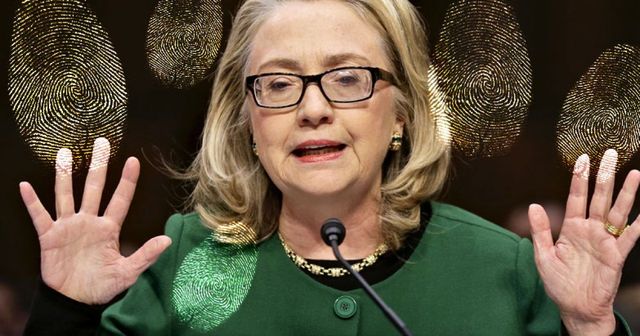 Is a picture worth a thousand words? 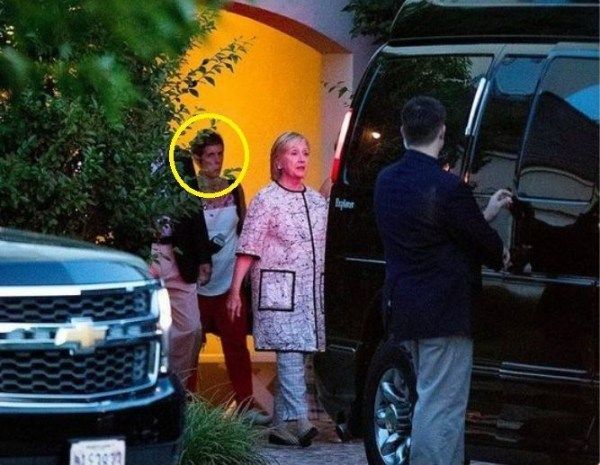 A closer look at the woman behind Hillary Clinton reveals that it might be Christine Blasey Ford’s attorney, Debra Katz.

The photo was taken at a 2016 campaign benefit hosted by Anti-Trumper Cher, according to Dr. Eowyn of Fellowship of the Minds.

“During the 2016 presidential campaign on August 21, rabid anti-Trumper Cher hosted a fundraiser for Hillary Clinton at the Pilgrim Monument & Museum in Provincetown, Cape Cod.

The fundraiser, attended by a cheering crowd of about 1,000 useful idiots, netted $1.5 million for Hillary’s campaign coffers. (Cape Cod Times)”

Let’s pause for a moment to give the leftists at Snopes a chance for  a rebuttal. The above photo was originally posted by TMZ and they have since retracted.

Snopes explains, “Although the woman behind Hillary Clinton in this photograph may bare a passing resemblance to Debra Katz, the pictured woman is actually Clinton’s official campaign photographer, Barbara Kinney. 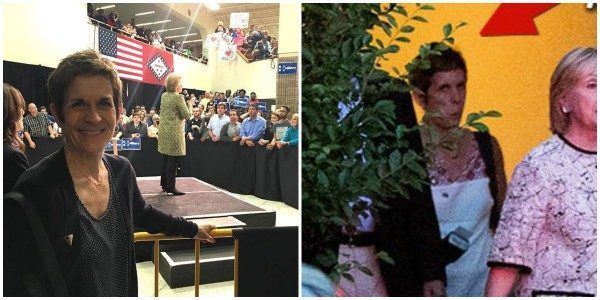 Barbara Kinney confirmed to us via email that she was indeed the woman seen with Hillary Clinton in the viral photograph.

TMZ eventually removed the photograph from their article and added the following update: ‘Earlier, we posted a pic of Hillary with a woman who’d mistakenly been identified as Katz, but it wasn’t her.’”

First things first… I would suspect that Barbara Kinney would say anything she had to in order to protect her former employer.

This is how the game of politics is played.

So let’s look at the comparisons one more time.

Is the woman Katz?

I think the resemblance is more in favor of Katz,

This is certainly debatable but I don’t think anyone except for Snopes would consider this as being a shut case. This is just further proof of their left-leaning tendencies.

It could be either woman.

Kinney certainly would have reason to be there, but so would Katz.

It may not really matter who the woman in the photo is because Katz certainly seems like a potential Hillary Clinton asset, just waiting to be cultivated.

She is more than just a woman who contributed to Hillary’s campaign.

Debra Katz was also a Hillary Clinton FUNDRAISER, as reported by Gateway Pundit, “A document from the Podesta files at Wikileaks shows that Debra Katz, the attorney for Kavanaugh accuser Dr. Christine Blasey Ford, was an early fundraiser for Hillary Clinton’s presidential campaign. The campaign memo intended for Clinton stated that as of November 2015 Katz had raised over $29,000 for Clinton.”

This would not be the first time that Hillary’s network sought out a willing attorney to beat the bushes and try to find something to use against an adversary.

According to Fox News, one of Clinton’s wealthy supporters, Susie Tompkins Buell (founder of Esprit Clothing), spent $500,000 in an unsuccessful effort to fund women willing to accuse President Trump of sexual misconduct before the 2016 election.

So are they going back to the same playbook?

Alleged victim Christine Blasey Ford seems to have her own secret motives to stop Kavanaugh, which include, but are not limited to, her being a staunch advocate of the abortion industry.

The Washington Free Beacon is now reporting that a friend of Debra Katz has solicited other women to come forward and join in the Kavanaugh inquisition.

“Emails sent last week by a friend of Debra Katz, the lawyer representing Christine Blasey Ford who was recommended for the job by Democratic senator Dianne Feinstein, are soliciting members of the Georgetown Prep community for information and searching for additional women to accuse Supreme Court nominee Judge Brett Kavanaugh of impropriety.

The emails, obtained by the Washington Free Beacon, are seeking corroboration from classmates of Kavanaugh about yearbook entries and gang rape.”

This is very much like the previous attempt by Clinton supporter Susie Tompkins Buell to beat the bushes and find anything or anyone she could to implicate Trump. Notice that there is always at least one degree of separation.

There was separation between Clinton and Buell.

There is separation between Clinton and Katz.

There is separation between Katz and her friend who is now “chasing ambulances” on her behalf.

In the end they all maintain plausible deniability.

But there is no doubt in my mind, and the mind of many free thinkers, that Hillary Clinton is the puppetmaster behind the Kavanaugh circus.

She certainly seems to have had a couple of willing assets with Katz and Ford. And “Deep State” Hillary is certainly out to stop anyone and everyone that challenges her political ideals.

I want to be sure we’re all clear about something that Brett Kavanaugh said in his confirmation hearings last week. He referred to birth-control pills as “abortion-inducing drugs.” That set off a lot of alarm bells for me, and it should for you, too.

Kavanaugh did not make that claim. It was just another Hillary lie, as detailed by National Review here.

Regardless, Hillary obviously has something against Brett Kavanaugh and wants him stopped.

So again, ask yourself a question…

Do you really think Hillary Clinton is above using those willing assets (Katz and Ford) to derail Kavanaugh?

She has done it before and will likely do it again.

The biggest question remaining is if, in this particular case, she will succeed?

Is Hillary the puppetmaster?

Dean Garrison is the Publisher of DC Clothesline and DC Dirty Laundry.