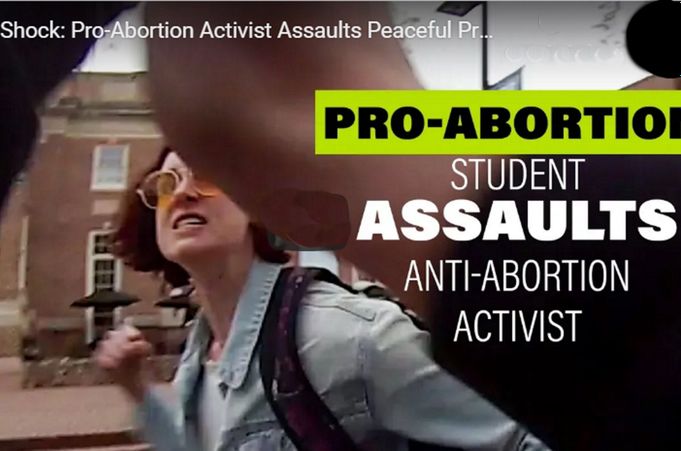 As reported in the Washington Free Beacon:

A liberal college student was arrested after allegedly punching a pro-life advocate at the University of North Carolina at Chapel Hill last month.

Jillian Ward, 19, a pro-choice feminist, assaulted Austin Beigel, who works for the pro-life group Created Equal, after approaching the group’s display on April 2, Fox News reports. Ward claimed to be triggered by photographs depicting aborted children put up by the group.

Ward asked the group if they put up the photos and then ran towards Beigel after he confirmed they did. Beigel was reportedly punched in the face and also received a blow to the stomach.

UNC campus police arrested Ward and she will appear in court next month.

Beigel said “violence from abortion supporters is becoming more common” in a Facebook post, adding that he has forgiven Ward.

Mark Harrington, president of Created Equal, told Fox News the assault on Biegel was part of a broader trend of campus violence.

“Students being groomed on college campuses to be leaders, writers, and thinkers of the Left are increasing in censorship and violence against those with whom they disagree,” Harrington said.

There you have it, my fellow Patriots, more evidence of the ‘tolerant left.’