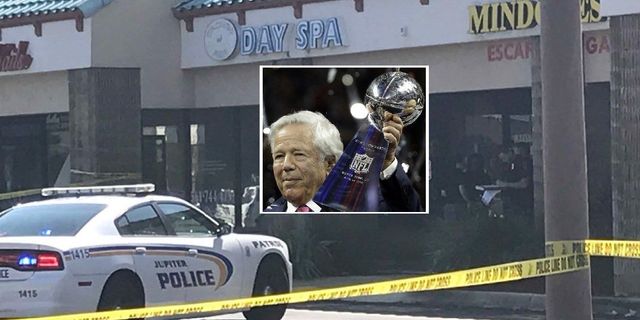 There are those who like the New England Patriots and those who don’t like them for one reason or another. The owner of the team has just given some another reason to not cheer on the 2019 Super Bowl champs next season.

On Friday New England Patriots owner Robert Kraft was charged with two counts of soliciting prostitution at a Florida spa.

The charges are not being taken lightly because police are saying there is video evidence.

Kraft, 77, is accused of paying for sexual acts at Orchids of Asia Day Spa in Jupiter which is located about 90 miles north of Miami.

Kraft’s name was among more than a dozen who were charged along with Kraft.

Police said they have video of Kraft and others receiving the sexual acts. Also, Kraft participated in prostitution in Florida on two separate occasions.

After a months-long investigation, the spa was allegedly shut down. The investigation revealed women were participating in “sexual servitude.”

There were nine other spas in Orlando, Palm Beach County and Treasure Coast that had also been shut down as part of the investigation.

Police said the suspects paid rates that were between $59 and $79 for services.

A Patriots’ spokesperson said in a statement, “We categorically deny that Mr. Kraft engaged in any illegal activity. Because it is a judicial matter, we will not be commenting further.”

The NFL had this to say, “The NFL is aware of the ongoing law enforcement matter and will continue to monitor developments.”

Kraft is reported to be worth $6 billion.

Kraft founded International Forest Products in 1972. He helped the company become one of the top importer/exporters by the late 90s.

Kraft also invested in New England Television Corp. in 1982 and later sold his shares for about $25 million.

Kraft married his wife, Myra Nathalie Hiatt, in 1963. They had four children, all sons and multiple grandchildren together. She died of ovarian cancer in July 2011.

He had reportedly been dating 39-year-old actress Ricki Noel Lander around a year after the death of his wife. The woman in question gave birth to a child in 2017. There were numerous speculations over whether Kraft was the father of the child. Kraft had denied the allegations that the child was his.

The New England Patriots won their sixth Super Bowl championship this year and Kraft was present to celebrate.

Kraft owns a home in Palm Beach and frequently spends time in Florida.