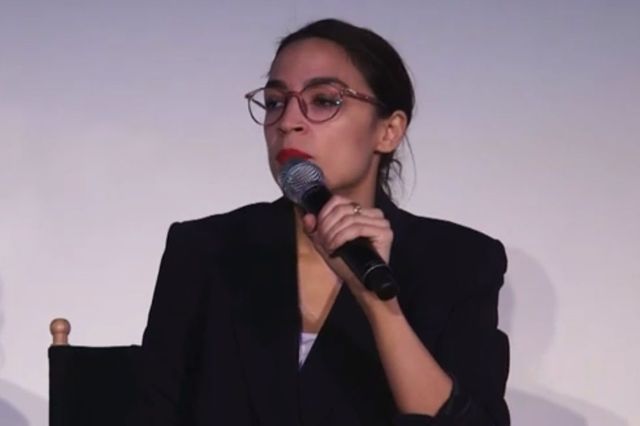 Alexandria Ocasio-Cortez has had enough of her critics and she has a thing or two to tell them.

While attending a “Girls Who Code” event on Friday, Ocasio-Cortez put a typical liberal spin on her critics who have exposed and ridiculed her “Green New Deal.”

Apparently Ocasio-Cortez believes that a person who “tries,” regardless of what they are trying, or the damage it will do to tax payers, somehow has “power” over those who would rather avoid a destructive path.

“I don’t care any more. Again, because I’m at least trying, and they’re not. If you’re trying, you’ve got all the power, you’re driving the agenda, you’re doing all this stuff,” Ocasio-Cortez said.

“Like, I just introduced the Green New Deal two weeks ago, and it’s creating all of this conversation. Why? Because no one else has even tried,” she declared, in an apparent snub to Barack Obama’s Paris accord.

“Because no one else has even tried,” she continued.

“How about that?” she declared as she sat back in her chair smugly smiling.


Ocasio-Cortez apparently has no perception of the problems we have in the US with the economy, which now seems to be turning around, government overreach and high debt and taxes. The last thing we need is some massive government expansion plan that no other country in the world would be willing to do at their own expense.

“If you don’t like the Green New Deal, then come up with your own ambitious, on-scale proposal to address the global climate crisis,” she ordered her critics.

“Until then, we’re in charge – and you’re just shouting from the cheap seats.”

Yup. If you don’t like the #GreenNewDeal, then come up with your own ambitious, on-scale proposal to address the global climate crisis.

Until then, we’re in charge – and you’re just shouting from the cheap seats. https://t.co/h3KSJhHqDN

This doesn’t even touch on the fact that there is no “global climate crises” other than what liberal politicians have concocted as an issue to obfuscate their failure to deliver anything that helps hard working, taxpayers.

This is all about “power” and control with her. Does this sound like a Democracy to you?