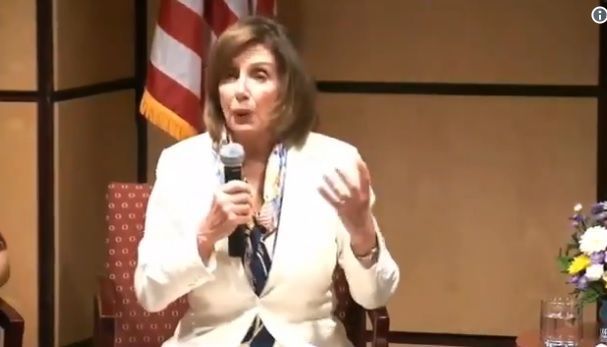 President Trump on Saturday warned that illegal immigrants apprehended in an upcoming roundup by Immigration and Customs Enforcement (ICE) “broke the law” and will be deported — even as local Democratic politicians are promising to oppose the operation.

“The people that ICE will apprehend have already been ordered to be deported. This means that they have run from the law and run from the courts,” he tweeted. “These are people that are supposed to go back to their home country. They broke the law by coming into the country, & now by staying.”

When people come into our Country illegally, they will be DEPORTED!” he added.

But yesterday he caved at the requests of the Democrats!

He announced he will be delaying the illegal immigration removal process for two weeks at the request of Democrats to see if Congress will work together on a solution to fix the asylum loopholes.

House Speaker Nancy Pelosi (D-CA) revealed on Monday what she told President Trump during her phone call to him Friday night before he called off the ICE raids.

According to reports by CNN and the Associated Press, House Speaker Nancy Pelosi (D-CA) called President Trump on Friday evening and requested he call off the ICE raids…and he listened to her.

Apparently, Pelosi made it all about the illegal alien children. Pelosi also miscounted how many grandchildren she has and had to correct herself.

She couldn’t care less about any children. Those same children are being subjected to rape and all sorts of abuses on their trek north. If she really cared this invasion would have stopped long ago. All she cares about is POWER.