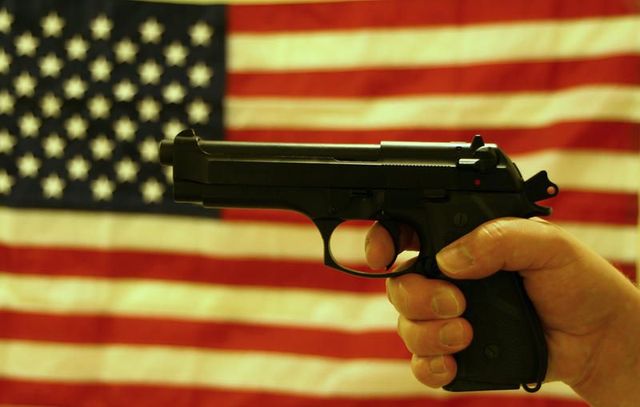 Guns in the hands of honest citizens save lives and property and, yes, gun-control laws adversely affect only the law-abiding citizens.

With guns, we are “citizens”. Without them, we are “subjects”.

Today there was another win for the second amendment!

The Texas Senate on Sunday approved a bill that would allow any Texan who can legally own a firearm to be able to carry it either open or concealed for seven days after the state declares a natural disaster, The Dallas Morning News reported.

The bill, which was narrowly passed 16-15, has been hotly contested. Three Republicans voted against the measure, including Sen. Joan Huffman, R- Houston. The paper reported that she questioned House Bill 1177’s effect on policing after a powerful storm.

“It’s really, really poor public policy that is not well thought out,” she said, according to the paper.

The bill has to be accepted by the House and will then be sent to Republican Gov. Greg Abbott’s desk, The Texas Tribune reported. The bill would take effect in September 2019.

It’s a step in the right direction. And much different than New Orleans where they unconstitutionally confiscated firearms after Katrina.

This is a great act for citizens to protect them selves! I only wish other states had that kind of common sense!