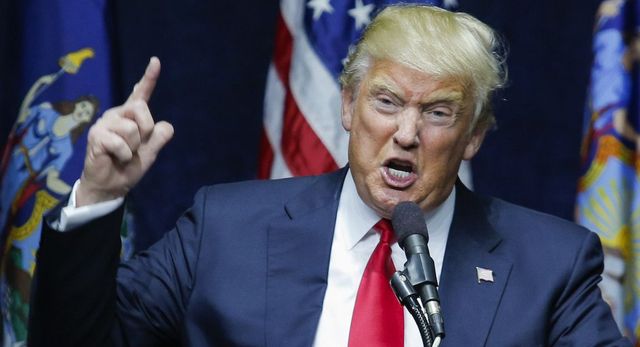 President Donald Trump suggested that stimulus money to states will be conditioned on tackling sanctuary cities at a Tuesday press conference.

“The problem with the states is we’re not looking to recovery 25 years of bad management and take–give them the money that they lost. That’s unfair to other states,” Trump said.

“Now, if it’s COVID related, I guess we can talk about it. But, we’d want certain things also, including sanctuary city adjustments, because we have so many people in sanctuary cities, which I don’t even think are popular even by radical left folks, because what’s happening is people are being protected that shouldn’t be protected and a lot of bad things are happening with sanctuary cities.”

11 U.S. states have sanctuary laws, meaning that state authorities do not comply with federal immigration enforcement agencies such as CBP and ICE. This has presented a challenge for the Trump administration, which has been limited in its ability to implement its anti-illegal immigration policies in several states with high levels of illegal immigration, including California, Illinois, New York and Colorado.

By conditioning stimulus money on state compliance with federal immigration law, Trump has forced Democratic Governors to evaluate whether protecting illegal aliens is more important than getting struggling Americans the aid they need.