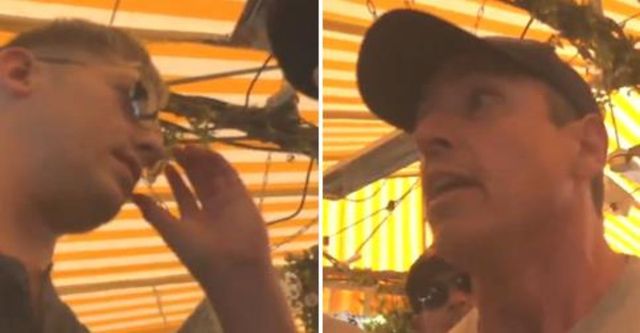 The video, which surfaced Monday evening, shows the CNN anchor flipping out on an individual who referred to him as “Fredo”

In an ironic move equivalent to something you might see in an Italian mobster movie like, say, “The Godfather,” CNN anchor and host Chris Cuomo threatened to throw a random man down the stairson Sunday after the unnamed man approached him in public and referred to him by a nickname plucked from … wait for it … “The Godfather.”

The man reacted to Cuomo’s explosion, remarking, “You’re a much more reasonable guy in person than you seem to be on television.”

“If you want to play, then we’ll fucking play,” Cuomo shot back, hurling a series of insults at the man and referring to him as a “punk bitch.”

“You know my name is not fucking Fredo,” he continued, adding, “own what you said.”

“Please do,” the man shot back.

“So you can fucking sue?” Cuomo continued, before daring the man to punch him:

Watch the whole altercation below:

Now that we know Fredo gets triggered when called Fredo we will be sure to always refer to him as Fredo especially if we can ruin a live shot when Fredo is on the air.