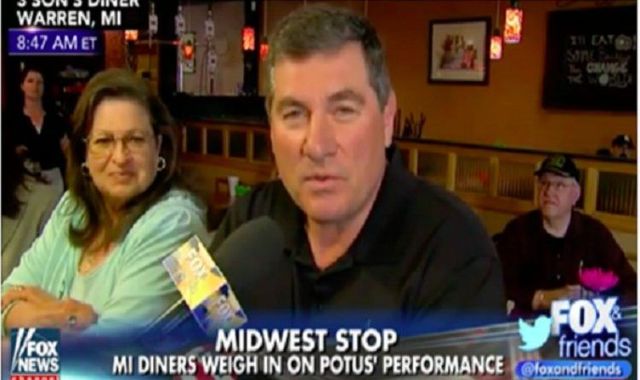 The fact is, President Trump is doing an awesome job! However, the negativity towards him is disgusting. No respect or support which is very upsetting when you see the daily tasks he is doing for the betterment of our Country!

Luckily there are a lot of people who recognize his efforts to make America great again!

One supporter of Michigan named Wil DeOrsey, Jr had a message for the President—and it was a GREAT one.

During an interview on Fox News this week, the Republican voter from Michigan sent an inspiring message straight to Trump.

He said: “Don’t try to win over the people who don’t support you.”

“They’re never gonna support you. There’s nothing you can do to please them. Remember the people who elected you are still strongly behind you,” DeOrsey continued. “We have your back.”

He urged the president to “move forward” with his campaign promises.

“Do the things you said you were going to do and we’re all going to be great together,” DeOrsey said.

However, he had some harsher ones for Republican Congress too.

Here’s what he said:

“My God! Stand up and support our president!” DeOrsey exclaimed. “This is our party. You guys are silent.”

DeOrsey showed his frustration with Republicans in Congress, complaining that Republicans are not nearly as aggressive as Democrats.

To every Republican congressman and senator. We elected trump. Stand with him or fall in the next election. We want real change.

We must support our President since he is doing exactly what we asked him to do. He is fighting so hard for us. We can’t allow the Dems to destroy him and our country.

May God bless President Trump and our great country!

Do you support our President?