Home Opinion Bernie Once Asked Young Kids If They Smoke Or Have ‘Seen Cocaine’-... 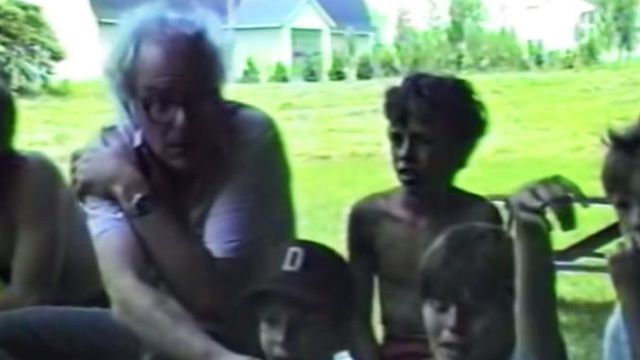 In an episode of Sanders’s show “Bernie Speaks with the Community,” the senator is sitting on top of a wooden picnic table with a microphone speaking with a group of children about a variety of issues, with a focus on drugs.

Politico obtained the disturbing footage of the show and released it Friday.

Watch the disturbing video below:

“Tell me about that,” Sanders asked.

“Oh, Coca-Cola. Alright, but who knows about cocaine?” Sanders continued.

“Anyone ever seen cocaine? Do any of the kids know people who use drugs like that?” Sanders asked. “You don’t have to tell me who, but I bet you do.”

A couple children at the table said they might have seen cocaine, and he cut them off.

“Hold it!” he said, later adding the drug “screws up your mind,” before changing the subject to cigarettes, asking the children, “Who here smokes?”

“Come on, raise your hand.”

“I don’t smoke because I’m a little kid,” a child sitting in someone’s lap responded. “I’m only 5 years old.”

In just the last month, Sen. Bernie Sanders (I-VT) unloaded a blistering attack on a leading Democratic think tank. He went after former Vice President Joe Biden on a number of policy fronts. And one of his top congressional surrogates accused Mayor Pete Buttigieg of intellectual dishonesty.