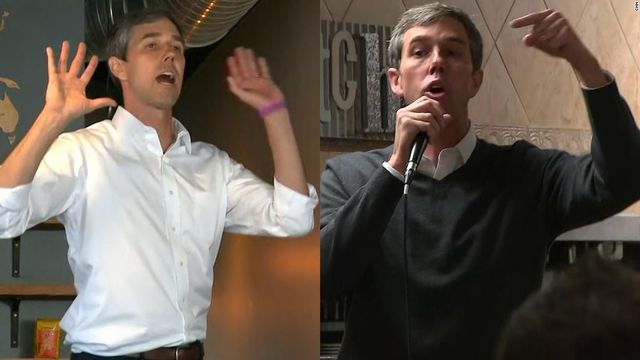 Watching them tie themselves in knots is so much fun. Now that they have a bunch of real socialist nuts in the party, we will be seeling a lot more of this.

A CNN panel scrambled to argue in favor of physical barriers at the U.S.-Mexico border, claiming that calls to abolish ICE or tear down existing walls play “right into President Trump’s hands.”

“I want to talk about what a prominent Democrat who ran in Texas and lost, your former colleague Beto O’Rourke, said about the wall,” Bash began. “He said basically that he believes that the wall should be taken down in his hometown of El Paso, Texas. What do you think?”

Democratic Maryland Rep. Anthony Brown was the first to respond. “I don’t think we should be removing physical barriers … There are physical barriers that impede pedestrian movement. We focused on funding those barriers that resemble the designs currently deployed. So that’s what we ought to do. No nation in the world that doesn’t protect its borders. I reject the idea that we should take down walls.”

Bash then asked whether O’Rourke’s call to tear down walls might hurt him should he choose to go forward with a 2020 presidential campaign.

“I don’t know. I don’t know if it is or not,” said former Democratic Michigan Governor Jennifer Granholm, adding that she would not remove current structures either. “I totally agree with you. As Democrats have been saying, some portions need physical barriers. Some need technological barriers.”

“This is playing right into President Trump’s hands,” Republican commentator Linda Chavez added. “Really, this, you know, ‘abolish ICE, tear down the wall.’ We do need walls in some places.”

She agreed with many who have opposed a concrete wall that spans the entire U.S.-Mexico border — which is not what President Donald Trump is currently requesting — “but having a wall in California, having a wall in Texas where there are ports of entries and where you want to protect the area around it, it did, in fact, diminish the flow of people illegally into the United States when those sections of the wall were built.”


“Beto” is the Spanish nickname for Roberto. This lightweight is posing as a Mexican to pander for votes. He’s “appropriating” the Mexican culture, and Lefties are A-OK with that.

He is no different than any other democrat. They will say whatever it takes to get a favorable return. If they see that they messed up, they will flip flop on the issue and backpedal. Beto is a dangerous individual.