Home Politics Biden: ‘I Want To Be Clear, I’m Not Going Nuts’ 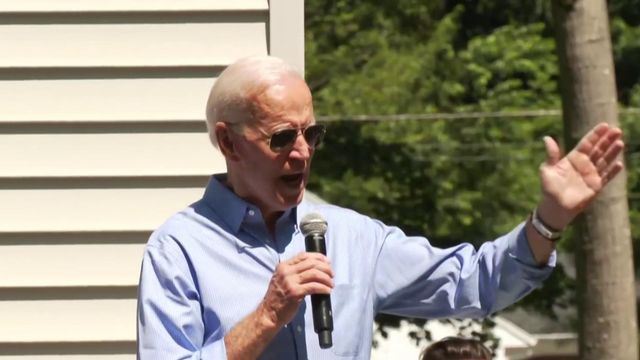 Former Vice President Joe Biden had another ‘gaffe’ yet again on the campaign trail on Saturday. This time the 76-year-old told media how much he loved being in the state of Vermont…except, he was actually in New Hampshire. This is just the latest in a litany of verbal miscues he has had so far on the presidential campaign trail.

“What’s not to like about Vermont in terms of the beauty of it?” Biden said to the crowd gathered in, again, New Hampshire.

“And what a neat town. I mean this is sort of a scenic, … everybody has been really friendly. I like Keene a lot,” he said.

When we thought it was the last of his New Hampshire collection Joe Biden did it again.

Biden was speaking at a campground in New Hampshire when he seemed to forget where he had last spoken at Dartmouth College, according to the Los Angeles Times.

As he seemed confused about where on campus he previously was, he said, “I want to be clear, I’m not going nuts.”

“I’m not sure whether it was the medical school or where the hell I spoke. But it was on the campus.”

“It’s a cause for concern if you’re running for president, especially if you’re not sure what state you’re in,” Phil Johnston, the Massachusetts Democratic Party’s former chairman, told the Boston Herald. “We all love and respect him, but in 2020 we have to make sure the nominee is up the task of taking on President Trump.”

“He needs to show he’s up to the task of being president, day-in and day-out for the next 14 months,” Johnston added. “If he continues to make these mistakes, many people will be concerned.”