Home Opinion Video: Biden Shocks The Crowd – He Appeared To Implicate Himself In... 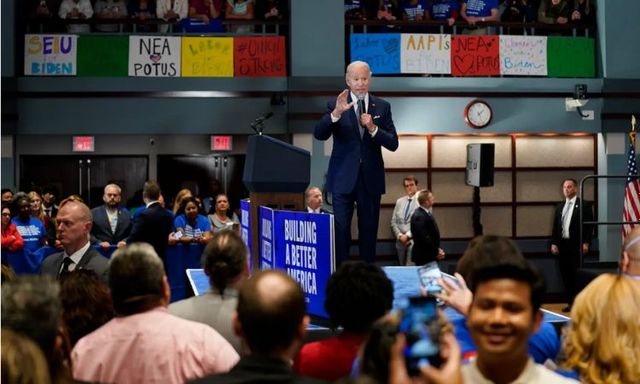 President Brain-Dead Biden raised some eyebrows on Friday when he made a comment that likely did not come across the way he intended.

While speaking at the National Education Association, the president spoke about a variety of issues, including schooling across America, something that has become a top issue going into November’s midterms.

At one point, Biden looked at someone in the crowd and said: “You gotta say high to me. We go back a long way. She was 12 and I was 30, but anyway, this woman helped me get a lot done.”

The audience of teachers and union members laughed and cheered at the bawdy remark.

The White House did not immediately respond to The Post’s request for clarification on what the president meant.

Biden’s historical habit of touching and smelling women and girls in public — often yielding on-camera grimaces from recipients — earned him the Republican nickname “Creepy Joe,” though he has rarely committed such actions in public since apologizing in 2019 to women who said he made them uncomfortable with unwanted physical contact.

We know people have called him “creepy Joe,” but this is a whole new level of creepy.

First, if President Trump said this, is there any doubt that he would have been impeached?

We all know that the media would be covering it nonstop!

Second, even if you think Joe accidentally “misspoke,” what could he have possibly meant instead?!

The real answer is the most obvious answer.

While Joe Biden didn’t start dating Jill Biden until she was in her twenties, Biden’s comments draw fresh scrutiny on old allegations that have been either dismissed with ‘fact checks’ or swept under the rug.