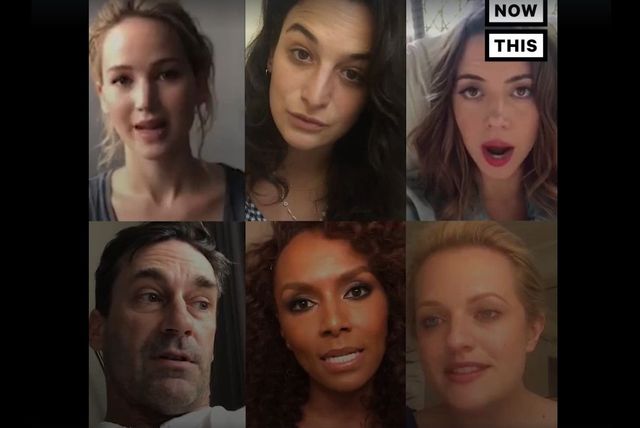 New legislation in the GOP’s healthcare act will prevent hundreds of millions of taxpayer dollars from going to the Planned Parenthood abortion mill.

Liberals are now panicking and gathering support anywhere they can.

The latest effort was led by the far left publication Now This with a video featuring a bunch of libtard celebrities promoting lies and falsehoods about Planned Parenthood in a last-ditch attempt to save it.

“If Congress cuts funding to Planned Parenthood, millions of people will be left without access to birth control, life-saving cancer screenings and other basic care,” the celebrities said. “Many of them will have nowhere else to go for the health care they need.”

These dire warnings make it sound as though any effort to divert Planned Parenthood funding is going to destroy millions of women’s lives, but the truth is almost none of the arguments made by the video’s participants are factual.

First, there’s nothing “blatantly political” about the effort to defund Planned Parenthood. Tens of millions of people believe life begins before Planned Parenthood does and do not want the organization receiving taxpayer funds to indirectly support the 330,000 abortions conducted by the group each year.

Second, the celebrities’ arguments hinge on the assumption that life doesn’t begin sometime before Planned Parenthood conducts its abortions, because if it does, then the argument that defunding Planned Parenthood takes away rights would be utterly ridiculous.

Third, the evidence is overwhelming that Planned Parenthood’s operations are not geared toward “women’s health,” unless you define “health” as providing contraception and abortion. As Abby Johnson — a former Planned Parenthood director who now operates And Then There Were None, a group dedicated toward helping abortion clinic workers leave the industry — noted in January in The Hill, “there are over 13,000 non-abortion providing Federally Qualified Health Centers that provide whole health care to women and their families. And that number doesn’t include the tens of thousands of private and group physicians that accept government subsidy programs like Medicaid.”

“If Planned Parenthood were defunded, the $528 million in taxpayer dollars they … would be re-allocated to FQHCs — facilities that can actually care for all of the needs of women,” Johnson wrote.

These Celebs Are Tellling You To Reach Out To Your Senator