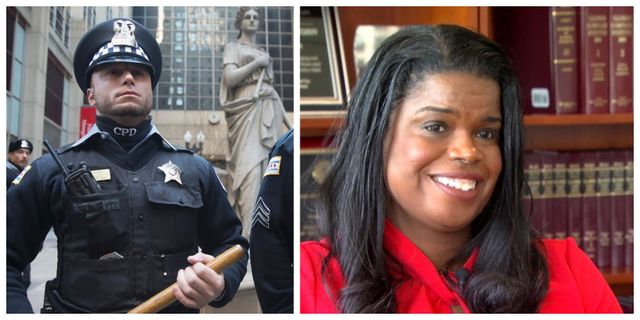 The charges had come after Smollett allegedly staged his own hate crime.

Also calls for her to step down already started!

And the calls come from no other than the Chicago Police Union!

The Chicago Police Union want a federal investigation into Cook County State’s Attorney Kim Foxx’s handling of Smollett’s case after text messages revealed she was communicating with Jussie Smollett’s relatives and supporters about their concerns over his case.

Also while speaking to Laura Ingraham on Fox News Thursday night, former deputy assistant AG John Yoo said that if Foxx is investigated by the FBI and charged, it could lead to a very lengthy jail sentence for the head of the nation’s second largest prosecutor’s office.
Smollett himself is destroying Kimm Foxx!
Watch:


Smollett doubles down on the Hoax as true, which draws major attention to ‘justices’, which draws attention to Foxx! When your a Dem, have friends in high places it is not necessary to come clean! Chicago is a cesspool, owned by Dems since 1931 and look where did they got while they followed the Dems!

Also this case implicates Michelle Obama according to some sources she had one of her staff members call the prosecutor and ask her to drop the charges. I believe one of Michelle’s staff members is related to Smollet.