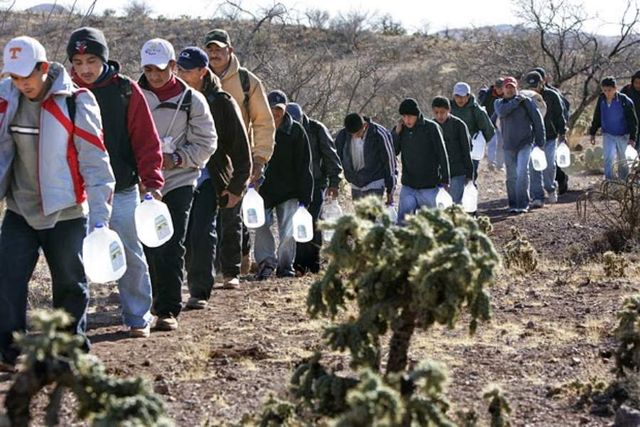 The Department of Homeland Security released 24,000 illegal aliens who crossed southern border into the U.S. over the course of two weeks this month.

Federal data released from Immigration and Customs Enforcement (ICE) shows that a massive release of illegal aliens crossing the borders are let to go free via the Catch and release program.

DHS officials declared this week that the Catch and Release program has accelerated under the direction of DHS Secretary Kirstjen Nielsen.

Between March 5 and March 20, about 24,000 border crossers and illegal aliens have been released into the interior of the U.S.

These border crossers are bused to nearby cities and dropped of with a promise to appear at their scheduled immigration and asylum hearings, but most of them never appear at their hearings and are never deported.

The data obtained by Breitbart News reveals those 24,000 individuals were released through these areas:

Overall, in the last three months, 108,500 border crossers and illegal aliens have been released by DHS into the interior of the country.

Current illegal immigration projections predict that aside from the border crossers and illegal aliens who are caught by Border Patrol, then released into the interior of the country, there could be about half a million illegal aliens who successfully cross into the U.S. through the southern border, undetected, this year.

We are talking about close to 1 million illegal immigrants invading our country this year alone.

If this isn’t a national emergency, what is?