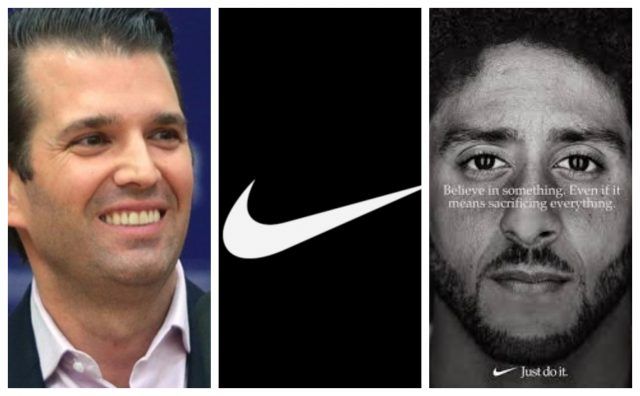 In a decision that will thrust Nike into the spotlight of corporations walking a tightrope between product and historic symbolism, the athletic giant has pulled an American flag-themed shoe from circulation after former NFL quarterback Colin Kaepernick expressed concern to the company about selling apparel he says features a slave-era emblem.

Donald Trump Jr. responds at Nike, with one photo from Barack Obama’s inauguration.

“Weird that no one had a problem with The Betsy Ross Flag when it flew over Obama’s inauguration. Now it’s not patriotic… ok got it?!? #morons,” Trump Jr. captioned his post on Instagram Wednesday, along with a photo from Obama’s second inauguration ceremony in 2013.
https://www.instagram.com/p/BzdqlJQFu9e/?utm_source=ig_embed

.@Kaepernick7 told @Nike the #BetsyRoss flag is an offensive symbol because of its “connection to an era of slavery.”

In a second photo, the first son shared a close-up shot of the five flags hanging in the background of the celebration on Capitol Hill. On each end hung two Betsy Ross flags. The flag includes 13 stars in a circle with 13 red and white stripes, representing the first 13 colonies.

Nike has planned a massive shoe manufacturing plant in Goodyear, with an initial investment of $184.5 million. The plant would create over 500 full-time jobs.

“Words cannot express my disappointment at this terrible decision. I am embarrassed for Nike,” Ducey tweeted early Tuesday morning regarding its decision to nix the Betsy Ross sneakers. “Nike is an iconic American brand and American company. This country, our system of government and free enterprise have allowed them to prosper and flourish.

“Instead of celebrating American history the week of our nation’s independence, Nike has apparently decided that Betsy Ross is unworthy, and has bowed to the current onslaught of political correctness and historical revisionism. It is a shameful retreat for the company. American businesses should be proud of our country’s history, not abandoning it.

“Nike has made its decision, and now we’re making ours. I’ve ordered the Arizona Commerce Authority to withdraw all financial incentive dollars under their discretion that the State was providing for the company to locate here. Arizona’s economy is doing just fine without Nike. We don’t need to suck up to companies that consciously denigrate our nation’s history.

“And finally, it shouldn’t take a controversy over a shoe for our kids to know who Betsy Ross is. A founding mother. Her story should be taught in all American schools. In the meantime, it’s worth googling her.” 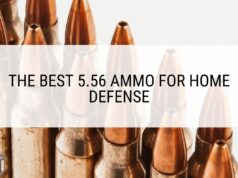