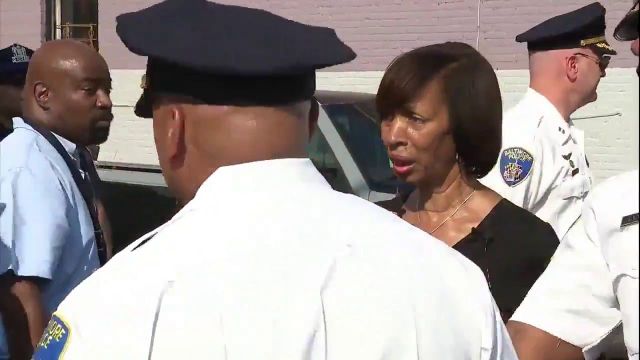 On Saturday President Trump correctly blamed Cummings for the state of his district which is in disarray and crime ridden.

Democratic House Speaker Nancy Pelosi has accused US President Donald Trump of “racist attacks” in his tweets about an African-American lawmaker Elijah Cummings and his Maryland district.

The tweets, Ms. Pelosi wrote, were “racist attacks” on Mr. Cummings, whose district’s population is more than 50% black according to US census data.

But race has nothing to do with the problem that Baltimore has.

Baltimore mayor complained about the problems with rats last year and was caught on camera.

In the footage, Pugh tours an area of vacant houses with city leaders and says: “What the hell? We should just take all this [expletive] down.”

“Whoa, you can smell the rats.”

“Oh, my God, you can smell the dead animals.”

How does it go: The definition of insanity/stupidity is repeating the same action and expecting a different result. Baltimore has been voting for Cummings for 13 terms — and yet this is the result?